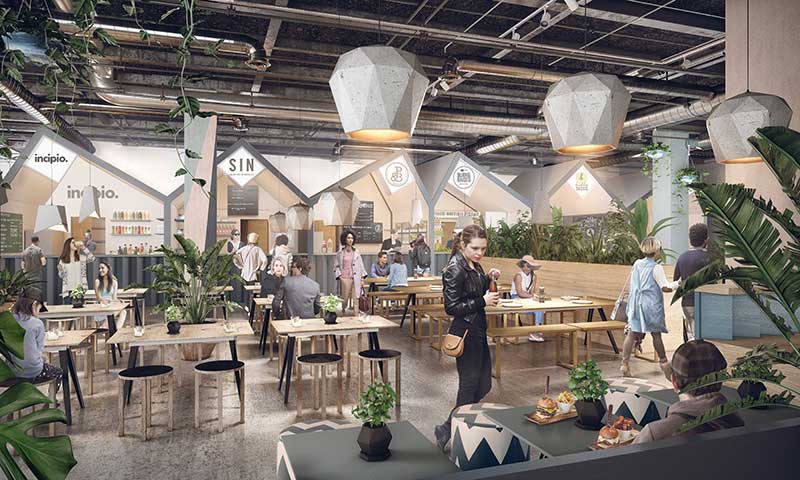 In a nutshell: Rotating restaurants in a new food hall

Summing it all up: Hammersmith shopping complex Kings Mall gets a lot more exciting with the arrival of Feast Canteen, a serious new food court from the Pergola crew that’ll be hosting popular names from the London restaurant world, doing sit in, take out and yes, even Deliveroo.

Big news for West Londoners - Hammersmith is about to get a new food court that’s fit to bursting with some of the most popular names on the London food circuit.

Billed as a food court for the modern age, it’ll be called Feast Canteen, and will be moving into space previously taken up by the unloved (and soon to be unmissed) food court of Kings Mall shopping centre off the high street.

On the roster from the start - the restaurants will be on rotation - so there’ll be Patty & Bun with burgers and fries, Salvation in Noodles with Vietnamese pho and more, British sourdough pizzeria Born & Raised, and everyone’s favourite taco joint, Breddos.

We’ve been promised a sleek canteen with space for 350, that’ll be open all week. They’ll be aiming to cater for everyone too, from the brunch crowd to post-office feasting, as well as those in need of takeaway sustenance.

Plus, some especially fantastic news for those especially if you live within Deliveroo-ing distance, since all those new restaurants will now be available to deliver to your house.

Where is it? Kings Mall, King Street, Hammersmith, W6 9HW