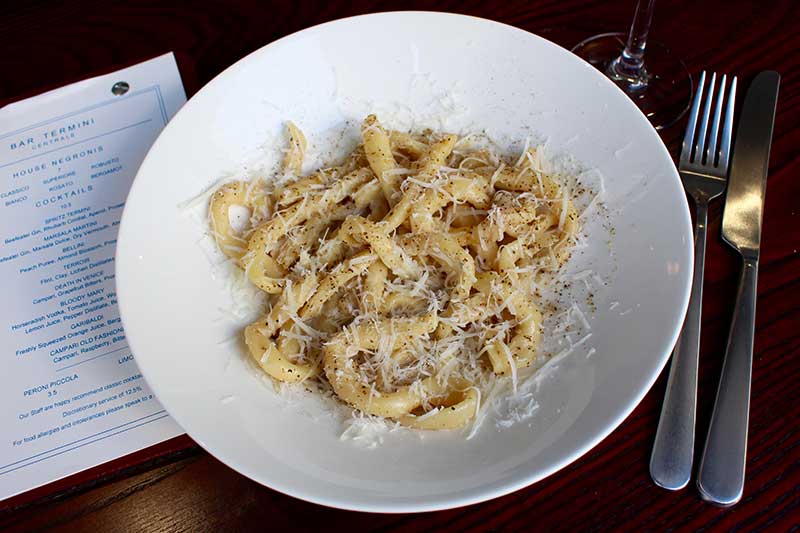 Ahead of its permanent restaurant opening up in South London this summer, fresh pasta joint Fat Tony's is bringing fresh pasta to central London for two months. It'll be popping up at Tony Conigliaro's Italian Bar Termini Centrale on Duke Street.

The man behind the brand is young, self-trained chef James Young. Young has been travelling around Italy for inspiration, stopping to do a stage at the Michelin-starred l’Erba del Re in Modena on his way.

And with the queues never-ending over at Pastaio, we'd say that this fresh pasta pop-up will do well, particularly when you look at the menu, which includes:

Plus, every Monday, they'll serve Pici with Cacio e Pepe and Spaghetti Aglio Olio e Peperoncino from 6pm to 9pm.

There are also going to be simple starters, Padella-like, such as burrata with sea salt and olive oil and Panzanella and equally straightforward, but delicious-sounding desserts like grilled peaches and amaretto and creme fraiche.

Soft launch: Find out how to get 50% off the food bill for Fat Tony's launch weekend here.

More about The Fat Tony's pop-up

When does it open? The pop-up is now open from Tuesday to Saturday, Midday - 9pm.

Find out more: Keep up with their news on Instagram @fattonyspasta and @terminicentrale