Farmacy is launching a popup healthy shot bar at Selfridges 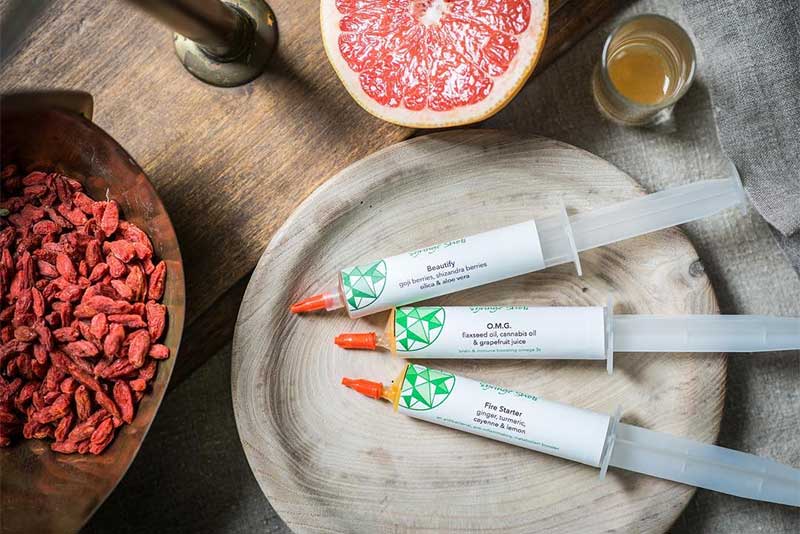 If you're embracing the whole healthy January thing you may be interested to know that next week the Notting Hill plant-based restaurant and bar, Farmacy, is launching a pop up shot bar at Selfridges. It forms part of Selfridges 2018 #EatHappy campaign which runs from January to March and is all about promoting healthy, sustainable and enjoyable food.

You'll find the Farmacy Shot Bar in the department store's Food Hall where they'll be serving up herbal remedies in syringe shots. There are six flavours on offer. Five of those come from the Notting Hill site, such as OMG - fresh grapefruit juice, flaxseed oil and CBD hemp oil which they say works as a natural anti-inflammatory and pain reliever.

There'll also be a sixth shot - exclusive to Selfridges - called ‘Healthridges’ (see what they did there?) which features colloidal silver, oregano oil, black seed oil, wild harvested bluegreen algae and orange flower water and is apparently just the ticket for combatting colds. Shots will be £6 each or you can buy a set of 4 for £24.

More about the Farmacy Shot Bar

When does it open? Open daily from 8th January to 15th February 2018 with the same hours as Selfridges.