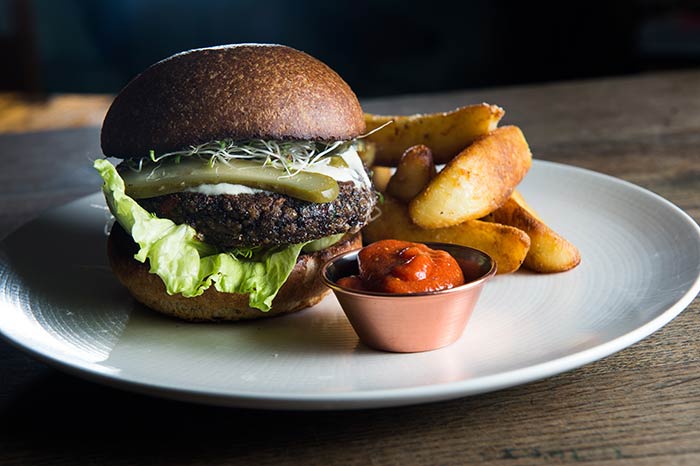 We'd heard a lot about the new "roots to stem" trend at the beginning of the year and here comes the first restaurant to pick up the idea and run with it. An all-day restaurant with healthy food as its main drive, Farmacy is planned as the first of many with more "grab and go" outlets coming later.

As for that menu, expect a Farmacy burger to be one of the main dishes. The £14 burger consists of a millet, black bean & mushroom burger served with garlic aioli, goji ketchup, pickles, tomato and served in a wholemeal vegan bun.

And that health kick carries onto the bar where they'll have flaxseed oil, cayenne pepper and even cannabis oil mixed into juices and cocktails. And they'll have syringe shots if you need a quick juice hit.

Farmacy opens at the end of April 2016 at 74-76 Westbourne Grove, London, W2. For more, follow them on Instagram @farmacyuk/