Exclusive: Gizzi Erskine and Judy Joo head up Girrls behind the Grills at Meatopia 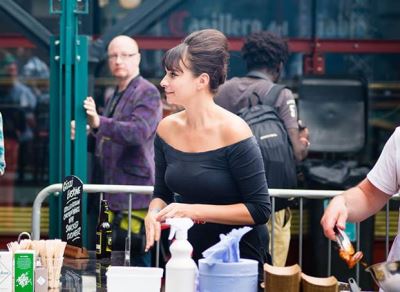 As if the marvellous festival of meat that is Meatopia isn't enough to lure you to the Docklands this September we've just heard of an all woman-line up that help you decide to fork out for the weekend ticket.

These sizzle sisters (sorry) will be cooking up a feast of world dishes:

It's a return trip to Meatopia for Gizzi who was there last year doing grilled Korean chicken wings (pictured) and will be cooking and DJing in the VIP area. "So many incredible chefs under one roof. It's fully inspiring, she said. "BBQing is a man’s world. I want to show those boys us girls can BBQ as well as men."

See more on what to expect from Meatopia 2014 including a full up-to-date lineup here.