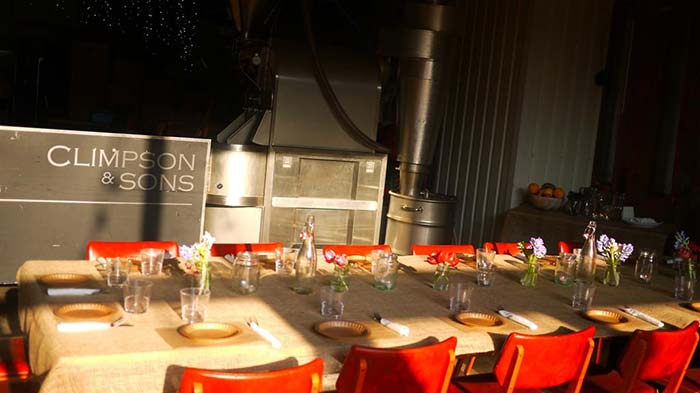 With somsaa now firmly on their way to opening their first permanent restaurant, Climpsons Arch has announced Portuguese chef Leandro Carreira as their next resident.

The chef, who comes via the Michelin-starred kitchens of Viajante, Mugaritz and most recently Lyles was chosen from a shortlist of over 20 applicants. Starting his residency at the end of the month, Leandro will take a more simple approach, serving a typically Portuguese menu designed for sharing.

Commenting on the residency Leandro said: "It’s all about everyday food that I love to eat. The food here will have a pull on Portuguese flavours with great products and interesting textures. Expect dishes like “Bacalhau de Fernanda”, made from my mother’s recipe and pork ribs with offal rice. The menu will gradually change from week to week".

The residency is set to commence almost a year to the day that somsaa first launched their stint in 2014. Like them, Leandro has also been looking to open his own restaurant. His Arch residency will allow him free rein to showcase his food to a much larger audience.

Leandro is also looking to put his touch on other parts of the menu, most of the wines available will be Portuguese. We’re also looking forward to his collaboration with a local baker to make Portuguese-style breads and pastries. We’re keeping our fingers crossed that this will also include Pastel de Nata.