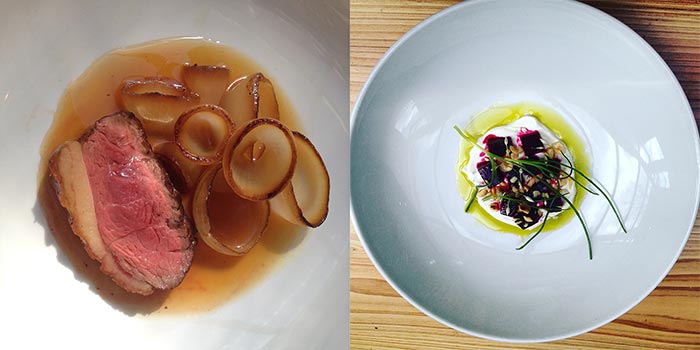 There's a new weekend supperclub coming to Crouch End that DOES sound very interesting. It's from Chris Slaughter and James Galton best known for The Pig & Butcher, Smokehouse and British restaurant Heirloom in Crouch End. They'll be taking over a space in the Grade II listed Hornsey Town Hall every Friday and Saturday, setting up shop in the 1930s built former cloakroom.

The menu will all be about seasonality - so it will be based around four key seasonal ingredients, that they've all sourced personally from across the country. As they put it, they'll "spend the week on the road, finding ingredients to cook on just two nights of the week."

That first menu is:

It's all only £35 and they'll be partnering with different wine suppliers each month, starting with Les Caves de Pyrenne. You can book on their website.