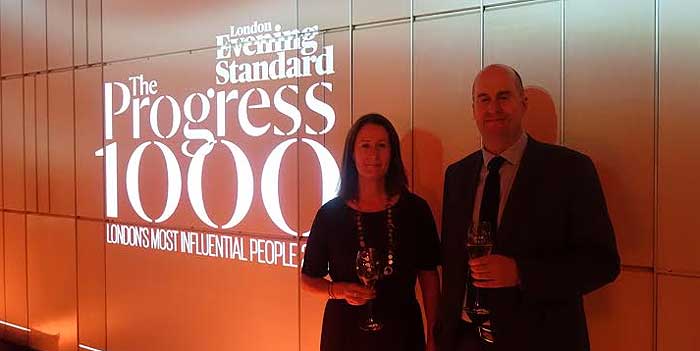 Last night Hot Dinners was invited over to Canary Wharf's swanky new Crossrail station for a party to celebrate the publication of the annual Evening Standard Progress 1000 list which details London's most influential people. So we hobknobbed it with the likes of Boris Johnson, George Osborne and FKA Twigs - as well as getting to see the still-in-progress railway tunnels being built down in the vaults.

The list is always split out into various categories and we were super chuffed to be featured on on the Food & Drink part of the list with some incredibly talented folk.

Here's the full list - to find out more about each person head on over to the Standard's Progress 1000 website.