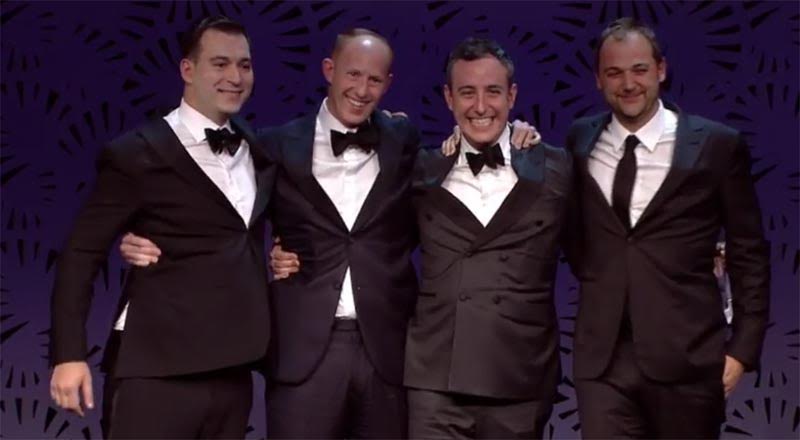 And so, to another World's 50 Best List which has just been announced with a chef-filled black tie do in Australia. With just three UK restaurants in the upper part of the list it wasn't the most exciting year for Britain in general. But it was a pretty good year for Heston Blumenthal. First his London restaurant Dinner By Heston crept up 5 places in the list to 36. And then Heston himself picked up the Lifetime Achievement Award - a popular decision that was met with a standing ovation at the ceremony in Melbourne.

London's Clove Club stayed steady, holding its position at 26 for the second year running, but the news was slightly more disappointing for The Ledbury which slipped 13 places to 27 this year from 14 last year.

Of course, the biggest news - and source of celebration - of the night was that New York restaurant Eleven Madison Park had taken the top slot. It's huge news for chefs Daniel Humm and Will Guidara and will, of course, please American detractors of the list who'd previously complained of its European bias.

The two other new entries to the Top 10 were Maido in Lima and Gaggan in Bangkok.

For a full run down of the Top 50, plus details on how to book the Top 10 (and, crucially, how much they cost) click here.