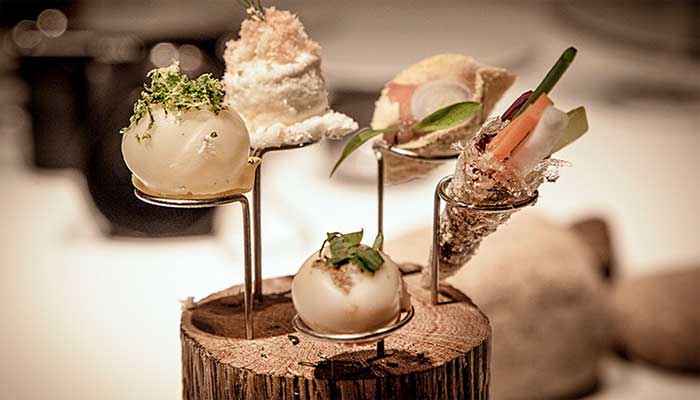 Forget heading to Spain this summer, it's coming to London instead. Hot on the heels of our story yesterday about Basque restaurant group Sagardi opening in Shoreditch comes news that the the chefs behind the No 2 restaurant on the World's 50 Best list are coming to London.

The Roca brothers, owners of Girona’s legendary El Celler de Can Roca restaurant, are doing a four day pop-up at the Hotel Café Royal as part of a five stop World Tour sponsored by financial group BBVA. It's the second Spanish pop up of note for the hotel which hosted Albert Adria last year.

The Roca brothers and Hotel Café Royal will be providing just four nights of gastronomic excellence for selected guests. As well as London, global bank BBVA and the Roca brothers are taking El Celler de Can Roca worldwide, with the tour making stops in Hong Kong, Phoenix, San Francisco, and Santiago de Chile.

The popup will take over the hotel's Domino restaurant. They're expected to use local ingredients and put a twist on national dishes. They bring almost the entire restaurant team, ensuring guests enjoy the same culinary experience they would if they were dining at the restaurant in Spain.

The downside, and it's a BIG one, is that the pop-up is by invitation only and we have no idea how you get on the list.

El Celler de Can Roca will pop up at Hotel Cafe Royal from 2-5 August 2016. Keep up with the tour's news on Twitter @CellerRocaBBVA