Edible Cinema, burger fights and Cocktail Week in our Friday round up 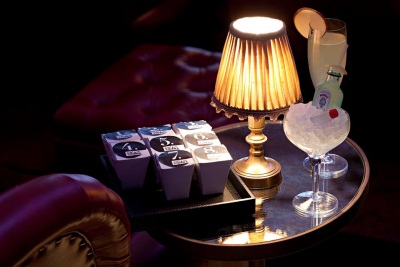 For more info head over to the edible cinemas website.

There's another burger fight kicking off this month as London Food Fight lines up a number of London's burger merchants to fight for the title of Best Burger. Taking part is... Elliot’s Café, Mother Flipper, Patty & Bun, Cubitt House, Grillshack, Honest Burgers, Bleecker St. Burger, Red Dog Saloon, Brigade, Village East, Opera Tavern and Burger Breakout. The event's at Borough Market, Jubilee Place on October 17 and for £36 (if you buy your ticket online), you'll get "one slider portion at each burger stall" and you can vote for your fave.

And don't forget that London Cocktail Week starts on Monday. For your chance to enjoy cocktails across town at rock bottom prices, head over to their website and grab a wristband. Much of the action takes place around Seven Dials where there's a 300 capacity pop up bar in the Seven Dials Club not to mention a Belvedere Martini Bar on Earlham Street.