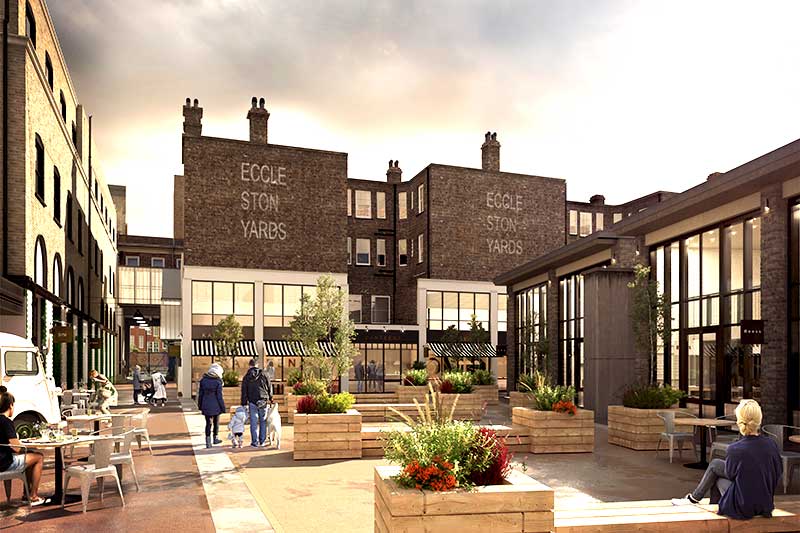 In a nutshell: Victoria's new food and shopping hub

Summing it all up: Tucked in between Belgravia and Victoria is this new development - a mix of restaurants, shops and workspace.

Sounding very much like a worlds colliding mash-up between East and West London, Grosvenor Britain & Ireland has just announced their latest development. It's a new "hub for creative enterprise" that they're calling Eccleston Yards. The spot nestles between Victoria and Belgravia and is going to feature 19 businesses - a mix up of food, retail, co-working and wellbeing and will be launching this summer. So far only two of those food folk have been named.

The other restaurant we know of so far will be The Jones Family Kitchen - a second place from the team behind the Shoreditch restaurant of the same name which will open in late spring. The SW1 branch will specialise in serving meats from the North Yorkshire Moors and are also promising an interesting cocktail and wine list. They'll also have an outside terrace - useful for when the weather perks up.

Alongside the restaurants you'll also find a Barry's Bootcamp - useful for taking off the calories you've just piled on - a tailors, hairdressers and meditation studio.

Where is it? 21 Eccleston Place, Belgravia, London SW1W 9NF

When does it open? The Jones Family Kitchen opens in late spring and the Tart London space in summer