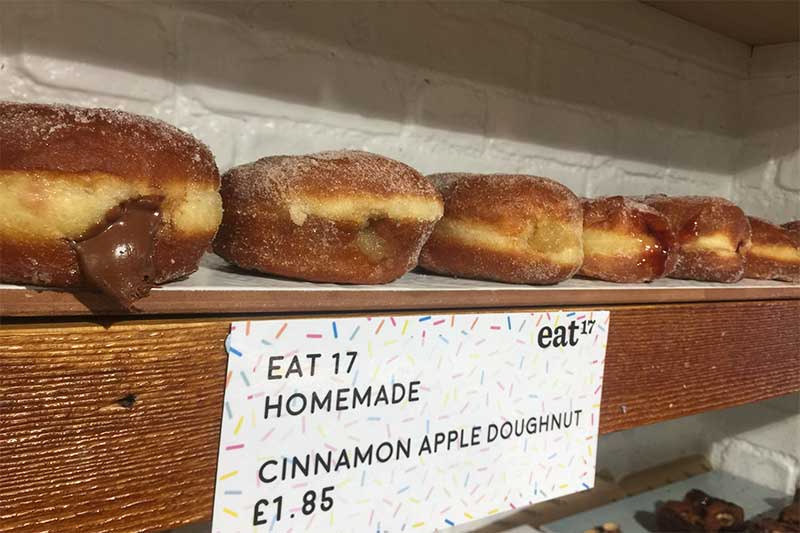 In a nutshell: Hammersmith's food market hall scene hots up

Summing it all up: Hard on the heels of Feast Canteen opening up at Kings Mall, Hammersmith is getting another food hall with a difference. E17 is part artisan food store, part convenience store and also a dining in experience under one roof.

We reported back in January about London's food hall scene being bolstered by the imminent arrival of Market Halls with six planned for London. But they're not the only folk with an eye on the food hall market.

E17 already has four stores combining local food markets with space to eat in - two of those are in London in Walthamstow and Hackney. Now they have two more planned, for Leytonstone and Hammersmith.

The W6 store will open in the heart of Hammersmith - in Smiths Square Market on Fulham Palace Road. And right now they're looking for three street food traders for the booths they have set up.

The place sounds pretty huge, so there's going to be the supermarket element, an eating-in section, a 2,000-square foot mezzanine room for yoga classes. Produce-wise, they'll be replicating their successful model from other stores - combining their own brand ranges such as Bacon Jam and fresh bakery items with everyday SPAR essentials and other local food items.

“The indoor street food market dining concept has proven to be a hit in our Bishop’s Stortford store," says co-founder James Brundle, "and we expect the reception to be just as positive when we open our doors to Hammersmith customers in May.

Where is it? Unit A 77. Fulham Palace Road, Hammersmith W6 8JA