Written by Nancy Smallwood
Created: 31 May 2017 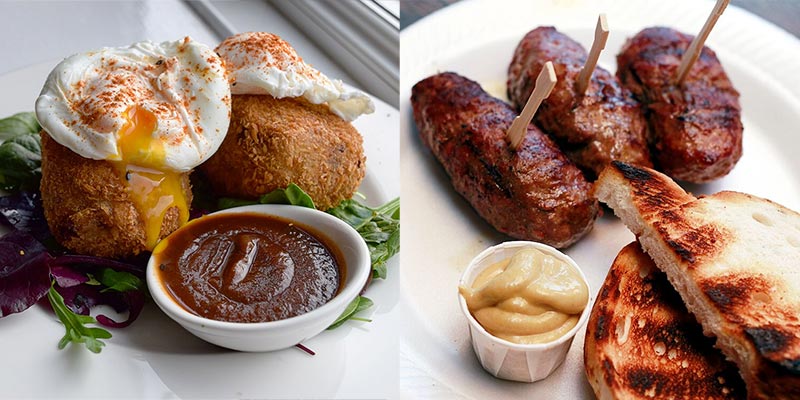 The King & Co can’t seem to get enough of kitchen residencies. Recently we’ve seen the Clapham Common boozer welcome the likes of MYPIE, Division 194, and now, new for this summer, their first ‘double-header’, where they’ll be hosting the combined talents of Eastern Bloc and Fowl Mouths.

Eastern Bloc, who serve up Eastern European grub with a Peckham twist will be divvying up their time in the kitchen with Japanese comfort food restaurant Fowl Mouths. The idea is that should you visit Sunday and Monday, you’ll find Eastern Bloc at the helm, while the remainder of the week will be looked after by Fowl Mouths.

From Tuesday to Saturday, Fowl Mouths’ Asian-influenced menu will include choices like:

Meanwhile on Sunday and Monday, Eastern Bloc’s menu, which is ‘inspired by Peckham’s wild and ever-changing produce’, will have options like Sticky Pork Belly with Blood Orange and Giant Couscous Salad, Polenta Fries with Crumbled Feta and Scotch Bonnet Mayo and Three Citrus Cod Ceviche. They’ll have a strong brunch offering on Sunday as well - Halloumi Tacos with Harissa Scrambled Eggs and Sumac Red Onion, as well as original roast lunch specials.

Weekend warriors may also like to take note that apart from the pub’s existing Bottomless Boozy Brunch, there’s now a new ‘Beery Brunch’ offer running from 12-4pm on Saturdays, allowing you your pick of nine thirds from King & Co’s craft beer collection.