Duck and Waffle to make their own Sunday cronuts 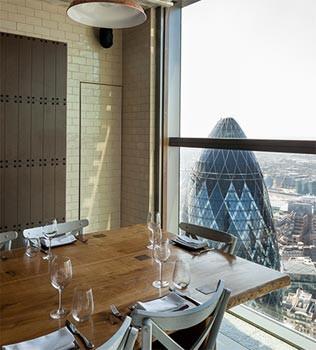 At the Taste of London preview earlier this week, we spotted Duck and Waffle's Dan Doherty setting up his stand beside Sushi Samba and Le Gavroche - it's his first Taste and that night marked a year since the news broke that his restaurant was opening at the top of the Heron Tower.

It's been a busy 12 months and right now he's working on his version of the cronut which should be available at Duck and Waffle starting on Sunday 30th June.

"We'll make just 20 of them on a Sunday as a brunch thing," he told us. "It's not that we want to copy the original New York dish, but since we mentioned on Twitter we were experimenting with them, so many people have asked us to make them that it seemed to make sense to do it.

"They're only for people to try - we're not stealing ideas!."

It'll be interesting to see if the London version causes as much of a sensation as the New York one, which right now creates such queues outside the bakery on Spring Street that scalpers are selling off cronuts for upwards of $100.