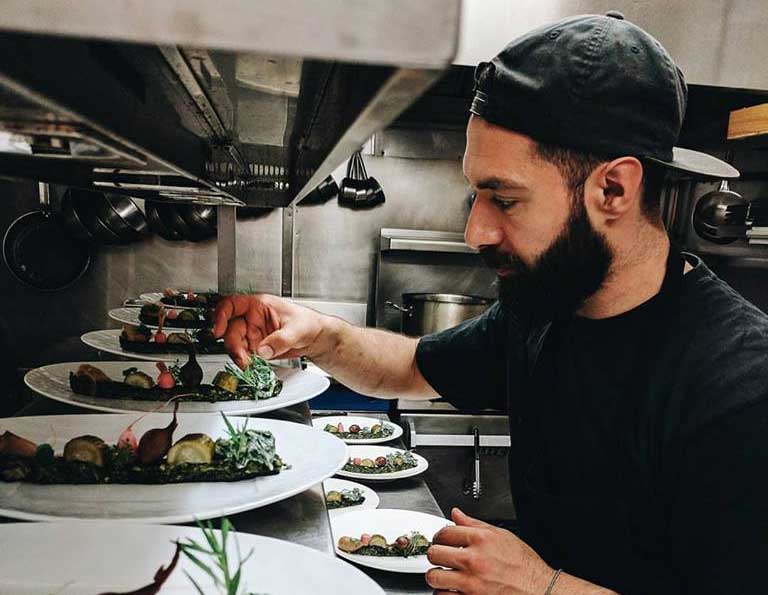 If you've been at work all day and can't understand why half the people on your Twitter feed are tweeting ALL IN CAPS, let us enlighten you. It's due to a spat today between chef Yuma Hashemi and the Evening Standard critic Fay Maschler.

Earlier today, Fay published a two star review of Yuma Hashemi's restaurant The Drunken Butler. Among the various things she wasn't so keen on was a cocktail she was served there; "the restaurant’s Negroni at £10 being the teeniest weeniest cocktail I have ever seen."

Yuma took umbrage at the review - big time- and published a post on his site, on Facebook and on Instagram (most of which has now been taken down) complaining in turn about Fay in a post that cast aspersions on her ability to judge his food accurately. It was long, written entirely in caps and it's fair to say that he seemed properly pissed off.

It wasn't long before Twitter got in on the act, mostly to comment on Yuma's premise that Fay's critical faculties were fatally clouded by the consumption of a cocktail and half a bottle of wine at lunchtime.

IS NOW A GOOD TIME TO SAY I DON'T PARTICULARLY LIKE NEGRONIS?

If a cocktail and half a bottle of wine means a critical opinion isn't valid, I have some bad (and occasionally good) news for restaurants featured on my blog over the last decade...

Some were sympathetic. To a degree.

I ate there and met him. He’s really put everything he has into the restaurant and did all the works himself, so I can empathise with the feeling when criticism comes. It’s part and parcel of the biz and learning curve to be sure.

It’s like he’s actually composed a lovely, calm response taking on the criticism well but then dictated it to Begbie from Trainspotting

But in the end, it looks as though this sums up the outcome for the spat.

Picking a fight with Fay Maschler like having a row with the IT department. You don’t win, especially if you think you’ve won