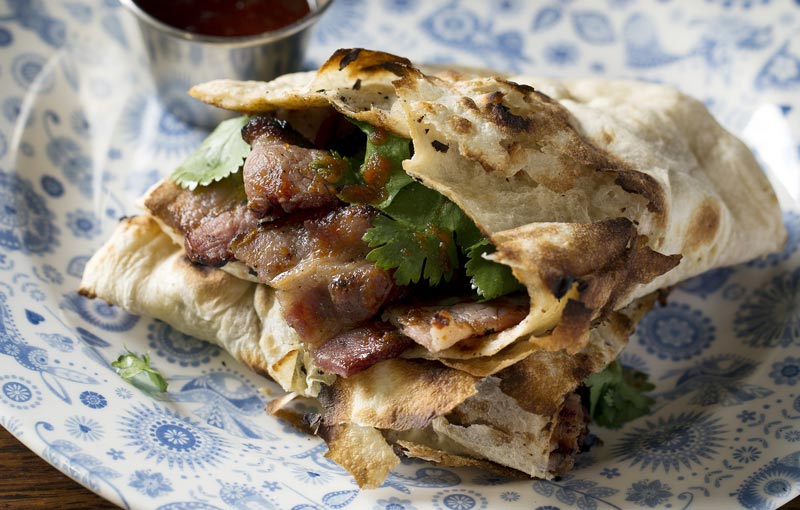 In a nutshell: Indian small plates for West London

Summing it all up: Having conquered other areas of town, Dishoom is now heading out west, landing their next small plates restaurant in Kensington.

It's been a while since they opened their last London spot in Carnaby, but Dishoom are now planning for their fourth London restaurant, this time in Kensington. We never cease to be amazed (in a good way) by the huge popularity of Dishoom and expect this new spot to be just as rammed as the others before it.

Here's what we know.

It's in the art-deco Barkers building. Expect this to be reflected in the design of the restaurant which will reflect 1940s India -with plenty of Indian art-deco touches.

It'll be big. Fitting 200 inside and 50 more in their Permit Bar so there is a lot of room. There'll still be a queue at peak times though, you can bet on that.

And all the classics will be there. So yes, it will be a new place to come for a bacon naan roll. And as with the other Dishooms, it'll have an exclusive dish - yet to be revealed - and new cocktails in the bar.

It's opening with an immersive theatre production

The team at Dishoom have joined forces with a bunch of talented folk who've previously been responsible for productions with companies like Punchdrunk and Swamp Studios. If you've ever been to an immersive theatre production you'll know the drill. You turn up and become part of the show. So you can book tickets for an evening at the opening night of the Bombay Roxy, a café and jazz club housed within a former Art Deco cinema set in Bombay, 1949. You'll be greeted with cocktails, and then will feast on a set menu of classic Bombay dishes as the performance unfolds.

Where is it? The Barkers Building, Derry Street,London W8 5HR

How to book: Tickets cost £72 to include that welcome drink and all food. Buy them on the show's website nightatthebombayroxy.com/ The performance lasts three hours and you can stay at the table or bar until 11pm.