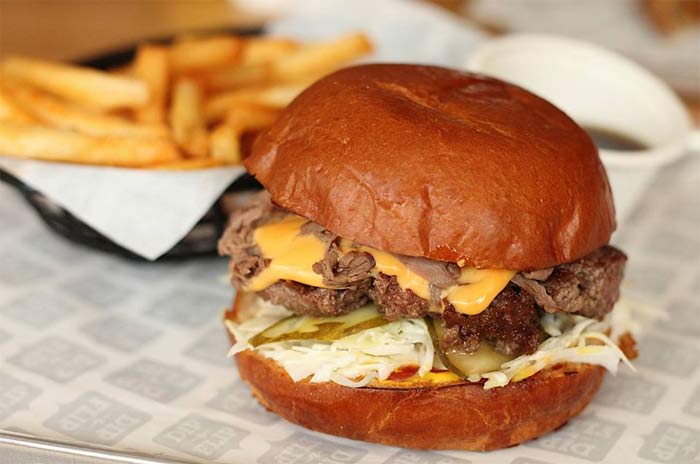 Another fairly quiet opening almost snuck in under the radar today as Dip and Flip (already very popular in Clapham) has just opened in Wimbledon. If you're unaware of them, they specialise in the wonderful art of the French dip - sandwiches you dip in gravy.

The new restaurant will have the same menu as before - so that's either chicken, lamb or beef sandwiches or a range of burgers all served with gravy for dipping. And the sides, of course, include poutine (chips, cheese & gravy).

Dip and Flip Wimbledon is open now at 62 The Broadway, London SW19 1RQ. For more, follow them on Twitter @DipFlippo.