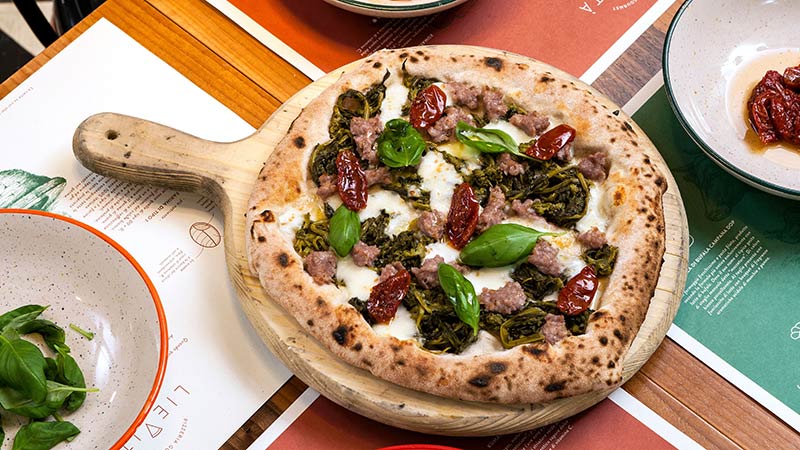 In a nutshell: Italian pizza delivered to your desk or door

Summing it all up: Coming to a doorstep near you is Lievita, a traditional Italian pizzeria that’s been brought to from Milan to the UK by Deliveroo Editions. They've set them up with a delivery-only kitchen, to help them get their wholemeal pizzas to the bellies of hungry Londoners with greater ease.

Big things are going down at Deliveroo who’ve just announced they’re bringing in a brand new restaurant to the capital - popular Italian pizzeria called Lievita that’s making the leap to from Milan to England.

It’ll be a part of Deliveroo Editions - a new venture from the delivery company that “enables restaurants to reach new customers without needing a high street premises by providing delivery-only kitchens.” They’ve already been working together with the likes of Busaba, MEATLiquor and Motu so far.

However, this is the first time the delivery company has brought in a restaurant that’s brand new to the capital. As a result of Editions, Lievita will be able to supply Londoners with a slice of their traditional, “easily digestible” wholemeal flour pizzas more easily than if they had to establish a sit-down restaurant.

Some of the pizzas you’ll be able to order in include:

They’re already quite popular in Italy, and have been rated two (out of a maximum three) ‘pizza slices’ by pizza experts Gambero Rosso. The restaurant has been working with Deliveroo in Italy for several years now.

If you want to get your hands on a slice, you’ll need to live in the catchment area, which runs in Swiss Cottage and Islington.  The only question is which restaurant will Deliveroo Editions adopt next...

Where is it? Near Swiss Cottage and Islington

When are they delivering? Available now