Delamina, from the Strut and Cluck team, is a taste of the Eastern Med on Marylebone Lane 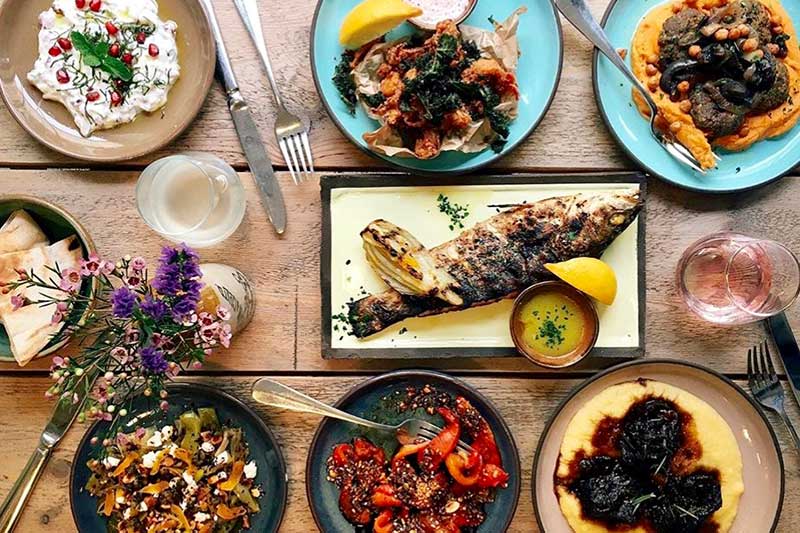 In a nutshell: Levantine spot on Marylebone Lane

Summing it all up: The couple who opened turkey restaurant Strut & Cluck in Shoreditch are behind this new Eastern Mediterranean kitchen on Marylebone Lane and they've been inspired by their family heritage.

London is really embracing Levantine food at the moment. And Delamina, a new Eastern Med restaurant, opening up on Marylebone Lane hopes to ride the tide of our seemingly boundless desire for the food and drink from that region.

The folk behind it are husband and wife team Limor and Amir Chen who also run Strut & Cluck in Shoreditch. Limor's family background is the clue here. She was born in Tel Aviv into a family that had relations across the region from Russia to Iran.

A quick look at some of the dishes that'll be on the menu suggests many of them will either be vegetarian or at the very least vegetable-led. Charcoaled leeks come with crumbled manouri, dried apricots, roasted hazelnuts and crispy capers. Or how about baby aubergines smothered with black sesame with crumbled rosary goats cheese, mixed leaves, sprinkled roasted almonds & golden raisins, tamarind & honey dressing? Actually, that sounds really good.

But there'll also be charcoal grilled poussin as well as angus beef & venison koftas for those who are after a little more meat.

The wine list is inspired by the same region, so look out for Israeli and Lebanese vintages and house cocktails will continue the theme by using the same herbs and spices the kitchen uses in the food.

When does it open? 5 March 2018. The soft launch offer of 50% off food will run from 5-7 March with the restaurant officially opening on 8 March.

How to book:  book online