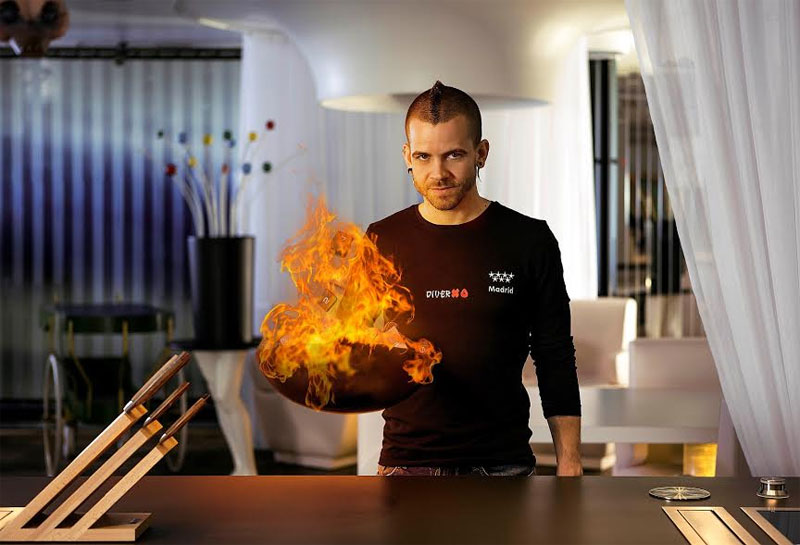 It's been a LONG time coming, but it seems the promised Street XO from Michelin-starred David Munoz is FINALLY coming to town. Originally announced at the beginning of 2014 - it's finally landing at the end of the year.

It's a return of sorts for the chef who worked here at Nobu and Hakkasaan among others before going back to Spain to open his own restaurant. And the StreetXO in Madrid is very popular indeed (we popped by recently only to see a massive queue in place) so expect this opening to be big too.

For the London restaurant, the inspiration is around European, Asian and South American cuisines, but we're also told that "most dishes have either a Mediterranean or East Asian back bone."

So, for an example of that, promised for the menu are:

And you can expect a little theatre in the presentation too, with some dishes presented on a canvas of paper. Expect as much effort into the cocktails too - on that list is:

It's hard not to like the idea of a cocktail served with a flamed shrimp on the side. As for the the space, it's a lower ground affair, with the bar at the front and restaurant at the back - with all tables facing the open kitchen. They'll take bookings for the restaurant, but the counter is for walk-ins.

StreetXo opens in Mayfair at 15 Old Burlington, London W1S 2JL on 31 October 2016. For more, follow them on Twitter @StreetXO_London.