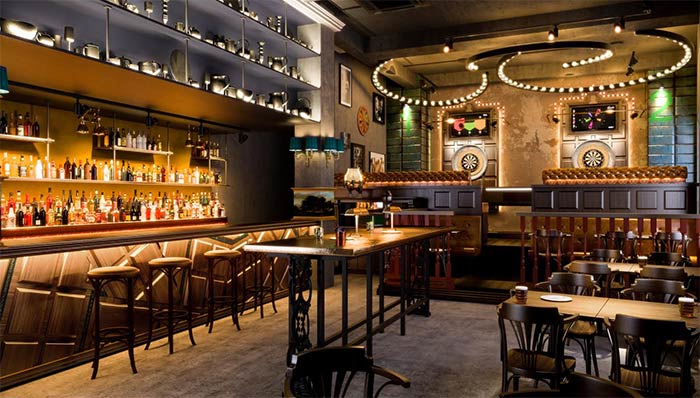 Darts has slowly become a very big thing indeed with obsessions growing over various championships. But it's not something that makes much of an appearance in modern bars - and now Flight Club is a whole bar based around the game. It's launching in the same Alphatea building that Modern Pantry just opened in.

The bar itself is being designed by Russell Sage Studios - behind The Zetter, Dishoom and more - and the game is being given a technical overhaul. As they say, there will be "real-time, animated scoring and a slick touch screen interface created by a rocket scientist".

Strong words indeed and there's talk that they'll make it easier for us lesser players. We worry that if, like us, you can barely hit the board all that technology may just amplify that but they insist there are are plenty of options to make the game easier. Plus you'll be able to play in groups of 12 of varying skills too.

There will be food and cocktails to keep you going (more on that soon) and the people behind it have also brought in the man behind the very successful All Star Lanes and Bounce too.

Flight Club opens in the Alphabeta Building, 2A Worship Street, London EC2A 2AH on 26 October. Find out more from them on Twitter @flightclubdarts.