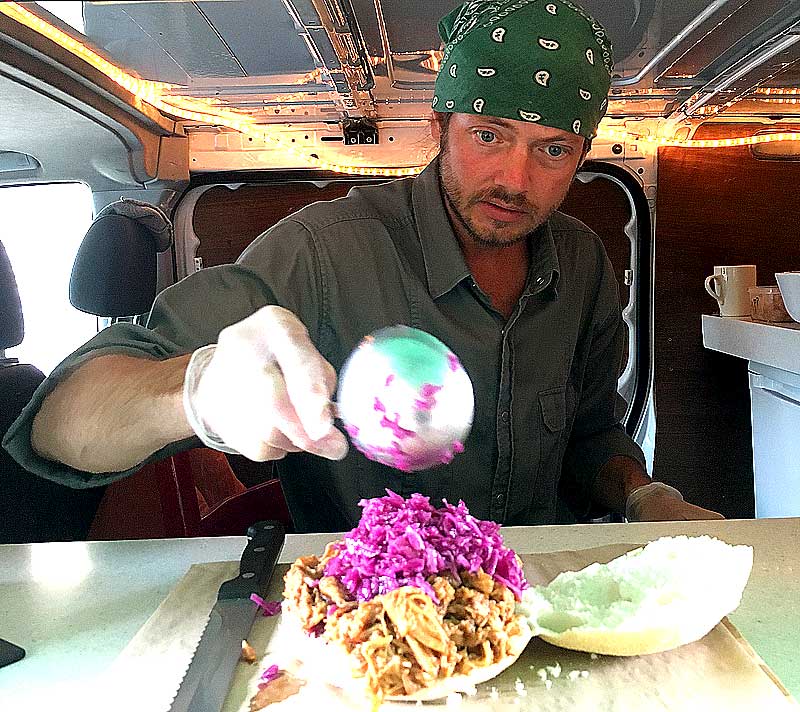 Down a tiny alley in Kentish Town, barely a few steps away from the Pret and Greggs on the High Street, you'll find Dank Van. No, it's not an unpleasantly damp and cold motor vehicle - rather a street food purveyor of splendid American sandwiches. It's the brainchild of US chef Jason Winther, who lives on the mews and thought he'd see if there was a market for really authentic American snackage at lunchtime. Trouble is, he's not really on social media so no-one really knows about him.

If they did, surely there'd be a queue round the block on a weekday lunchtime for one of the trio of sandwiches he puts together. We tried the pulled pork with homemade, no-mayo slaw, served with hot sauce on the side to dress the soft white roll when you get back to your office and god it was good. We could have opted for blow-torched BBQ chicken or Mississippi braised steak.

Each costs just £6. If you're in the area - then we urge to go and try. New for the 2018 season is his veggie offerings. "I've been listening to a lot of people and have been subsequently working on a vegetarian/vegan version of that delicious pulled pork, he told Hot Dinners. "And guess what?  It's scaringly close to the actual pulled pork!" 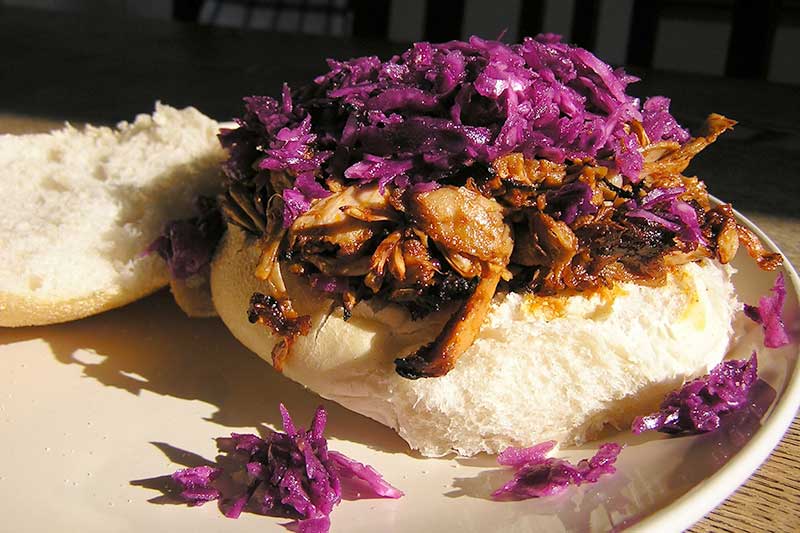 Yes, this is the veggie version - looks good hey?

Where is it? York Mews, London NW5 2UJ - the entrance is beside the Flapjacks cafe on Kentish Town Road