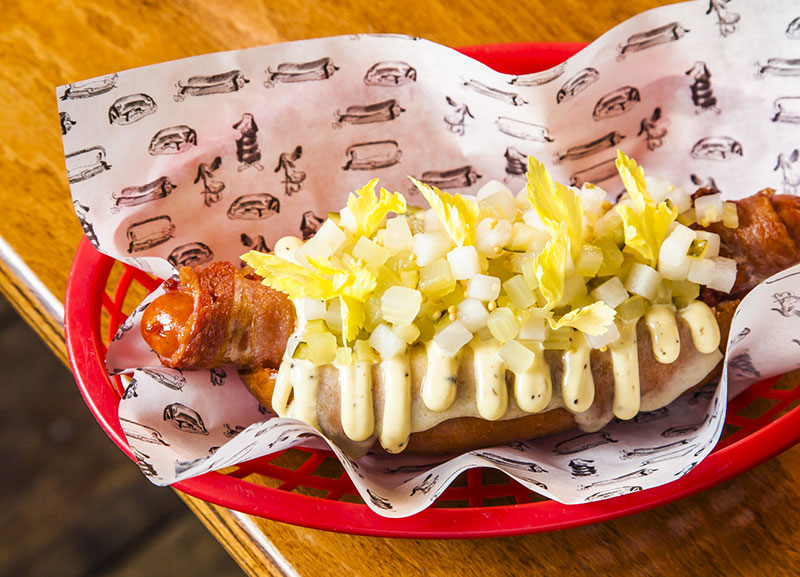 If you haven't heard of Daniel Humm, then this is the main thing you need to know - he's Executive Chef at 11 Madison Park, aka the current Best Restaurant in the World (according to the World's 50 Best). So, as you might expect, it's a little hard to get into his New York restaurant (but well worth it if you can).

But worry not - as you don't need to head across the pond and score a reservation to try his food. He's teamed up with Bubbledogs for the whole of May to bring his own creation to the menu -  called the Humm Dog. As for what's in the creation - it's a bacon-wrapped dog, topped with celery relish, truffle mayonnaise & melted gruyere cheese. Yes that's right, it's something of an uber-pimped-up pig in blanket. Can we have one now, please?