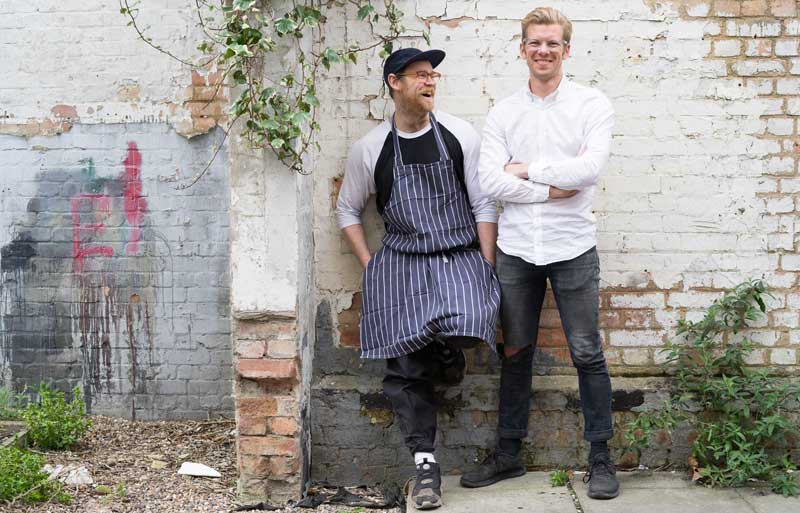 In a nutshell: Modern cooking from two Aussies in Newington Green

Summing it all up: Dan Wilson and Andrew Leitch are making the leap from a shipping container in London Fields to a new spot in Newington Green, taking with them their much-praised food, natural wine and of course, loads of speciality coffee.

Dandy Cafe will be the latest pop-up-to-perm restaurant in London, when it moves from a shipping container in London Fields to a new home in Newington Green (and loses the Cafe from its name).

Their new space will be somewhat roomier, with 50 covers inside and 30 out (which will be very handy when the weather warms up), with a new view over the green. They will be in good company too. As well-reviewed as Dandy is (Munchies, aka Vice, dubbed them ‘one of the best restaurants in East London’ back in 2015), Newington Green is becoming dotted with cool, independent, restaurants that surround the green.

We've been told that food on offer will be similar to their pop-up, adding a few new dishes onto their freshly-extended menu, with promised dishes including:

The food is influenced by Dan Wilson and Andrew Leitch's travels all over the world, so there isn't one set cuisine - just flavours & ingredients that they think work well together, using quality seasonal ingredients.

Coffee will still be a big part of their operation, so expect plenty of plenty of speciality blend. But the duo will also be going to some effort to make sure that the vibe surrounding the drinks stays firmly casual to avoid being “off putting to the uninitiated”.