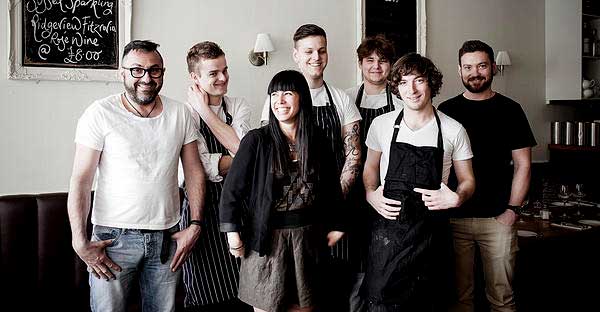 If Druid St Market isn't firmly on your radar (and if it isn't, what manner of foodie ARE you?) then reason to put it top of your list comes with the news of a series of pop chef spots hitting the market between now and Christmas.

It's all down to Duck and Waffle chef Dan Doherty’s Chefs of Tomorrow venture which aims to showcase burgeoning talent on the brink of chef-stardom. So you'll be able to try the cooking of chefs from some of the best restaurants in London and further afield on a special stall.

We've had a sneak peek at some of the food coming your way and it looks good. There'll be Fish on Chip, Pickled Pink Fir Apple Potato, Burnt Cod, Mushy Peas - from Julian Pickersgill at Picture; Madeira-braised Veal Shin with Bramata Polenta and Gremolata by Alex Dome from Petersham Nurseries; “Joek” (Thai broken rice porridge) by John Chantarasak from Som Saa and a whole roasted goat by Blair Hammond of Brighton’s Silo.

The full calendar of events goes as follows: