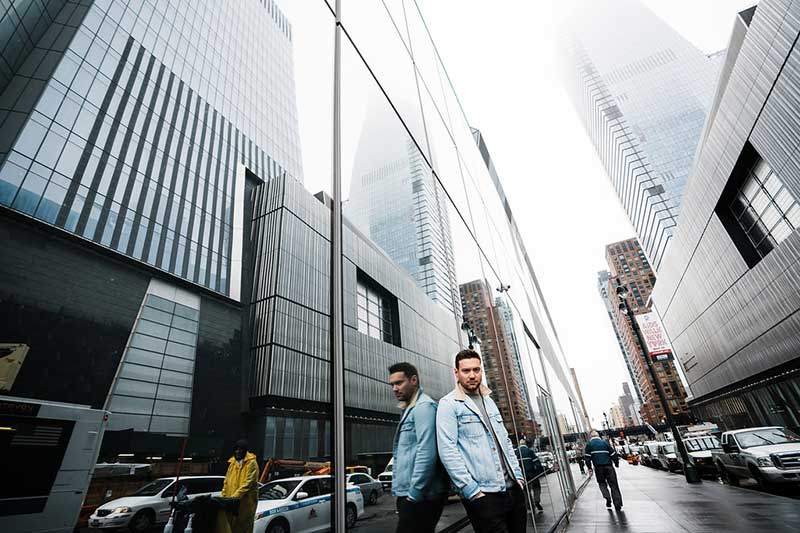 Exciting times for Dan Doherty. Fresh from announcing last month that he was leaving Duck & Waffle to set up his own restaurant comes news that the next project he's involved with is in New York. Doherty has joined Rhubarb food group as a Chef Partner and he'll be running the show at their restaurant opening at Hudson Yards.

Doherty will be in good company at Hudson Yards, which is opening on Manhattan's West Side. Other chefs already signed up to open restaurants there include Thomas Keller and José Andrés.

Dan's restaurant doesn't have a name yet, but it'll also include a bar and terrace. And actually it's worth just looking at some of the facts on Hudson Yards to get a sense of what he's involved in. It's the largest private real estate development in the history of the United States and the largest development in NYC since the Rockefeller Center. Dan's building - 30 Hudson Yards will be the development’s tallest building, towering over the Empire State Building and boasting the highest outdoor observation deck in the city.

Unlike his rooftop space at the Heron Tower, Dan's new NYC restaurant will be on the fifth floor. An all day space, it'll serve up an ‘East meets West’ menu with dishes like:

And the good news is that London's not actually losing Dan for good. Talking to Hot Dinners this morning he said that his solo project here is next on the cards. "Opening my own thing here very soon, then will be in NY for a few months for the opening next year," he said. "From then, it’s back and forth and getting lots of airmiles!"