Dalston is getting its own Del 74 taqueria 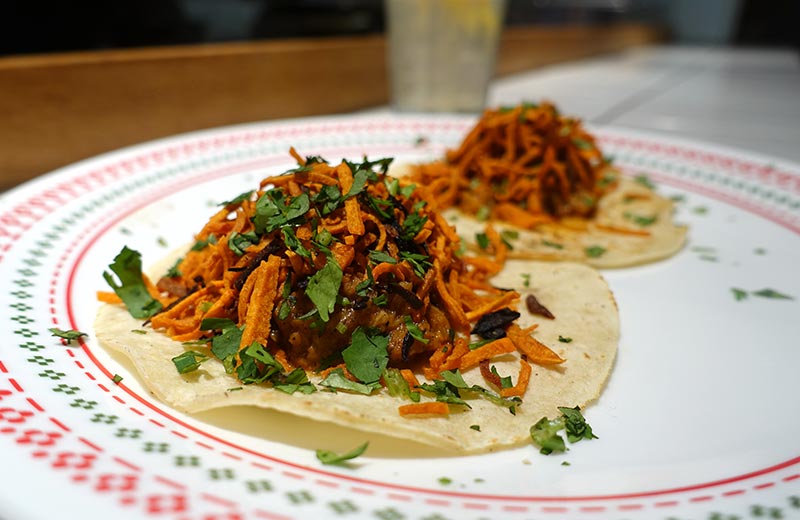 In a nutshell: Trendy tacos, tostadas and margaritas

Summing it all up: Since opening in Clapton, this trendy little taqueria has enjoyed a pretty meteoric rise in popularity, so it was only a matter of time before the Del 74 lads branched out. The new Dalston restaurant will provide all the dishes you know and love, plus an extended menu and mezcal bottles for sharing (or shooting) with the rest of the table....

Some pretty significant news from the taco world today as we've just heard that Clapton's ever-popular taqueria Del 74 will be opening a new, standalone venue on Kingsland Road - and it'll have an extended menu to boot.

It's been less than a year since Del 74 opened the doors to its buzzy little Clapton joint, but now they're making the leap to Dalston and bringing with them brand new tacos, tostadas and tortas - a type of Mexican sandwich.

Some of the other new dishes we'll be keeping an eye out for will include their tamarind and Chile Morita chicken wings, part of their new bar snacks menu, plus all our usual favourites like the Acapulco shrimp cocktail, their classic cochinita pibil taco with braised pork leg, and of course, *loads* of margaritas.

This time, they'll also be offering the option to order a whole mezcal sharing bottle, "pre-marked" for sipping (though you'll also be provided with shot glasses if that's the direction your evening is taking...) which will be charged under a "pay as you pour" scheme.

They'll be open from brunch as well, too, which means Mexican breakfasts like Huevos Rancheros, Enfrijoladads and their gluten-free cornbread with salmon and avocado should be on your radar too.