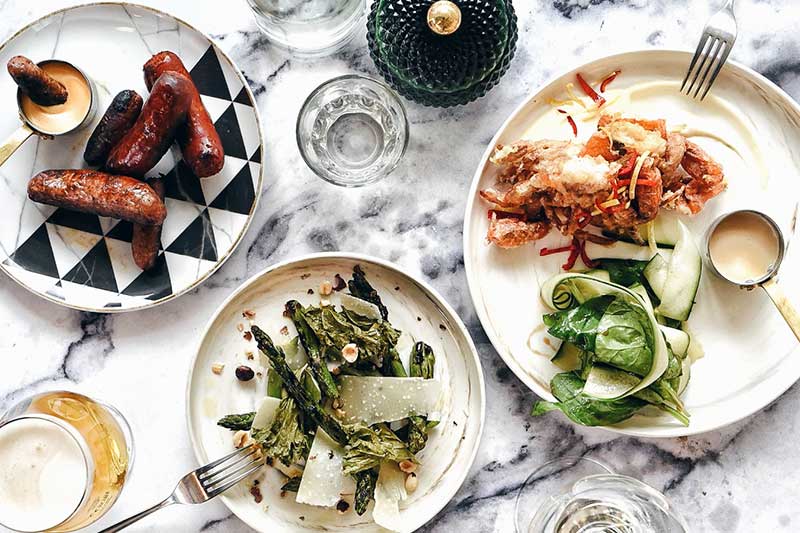 What: Darcie and May Green

In a nutshell: Aussie cuisine at Paddington Central

Summing it all up: Try something a different with Daisy Green's new pair of enormous barges, who'll be serving up Antipodean dinners, brunches, lunches and cocktails packed loads of fresh, strong flavours, all while floating on one of London's iconic canals.

There's something undeniably inviting about the phrase "floating restaurant and bar". After all who wouldn't want to enjoy a casual evening spent dining and drinking cocktails onboard a hefty, 50m barge?

With this in mind, Australian restaurant Daisy Green Collection is opening not one but two new "city barges", which together form their new floating restaurant and bar, providing West Londoners with the chance to tuck into their fresh, Aussie-style food from morning until evening, all while while gently bobbing on the Grand Union Canal.

The huge, two storey boats have been named Darcie Green and May Green, and will be open from brunch until late catering for everyone, from those who live in the area popping in for a light lunch to others who might fancy making the trek to Paddington in search of a long, lazy brunch on the water. The eye popping designs of the boats comes courtesy of British pop artist, Peter Blake

And speaking of brunch, we're very keen on how varied the options are, which include a vegan French toast, a "very fancy" bacon roll and a banana bread sandwich, while the requisite smashed avocado is made slightly interesting by arriving on top of a charcoal sourdough with creamy labneh.

Other plates available during the day will include:

Aside from the nine craft beers they'll be offering on tap, the bartenders aboard Darcie and May will also be mixing up raspberry sours, espresso martinis and plenty of other festive, wintery cocktails for the cold season.

We've already had the chance to try Timmy Green (one of the Daisy Green collection) during our tour of the new Nova building in Victoria and came away pretty impressed, so on top of the undeniable novelty of eating in a floating restaurant, we reckon this is definitely one to consider, whether you fancy whiling away a few hours on the canal, or just want to find out how giant a giant chicken parmagiana is...

More about Darcie & May Green