Bombay Bustle is coming to Mayfair from the team behind Jamavar 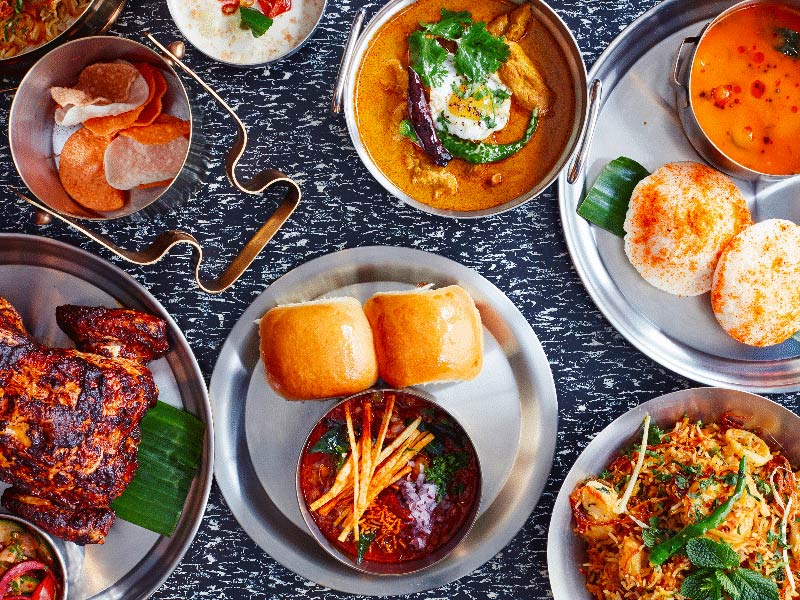 In a nutshell: Jamavar does Mumbai street food

Summing it all up: There's every reason to get excited about this new opening from Jamavar chef Rohit Ghai. Inspired by the street food of Mumbai, the new restaurant offers lunchtime tiffins, with a menu and is packed full of exciting, seasonal ingredients we've never heard of cooked, by someone who definitely knows what he's doing.

If you're a fan of Jamavar, then here's one for you. It's been barely been a year since Samyukta Nair and Rohit Ghai opened their first upmarket Indian joint in Mayfair, but they're at it again, setting their sights on Maddox Street where they'll shortly be opening a new restaurant called Jamavar.

The new restaurant, which will open around the corner from Bond Street in the former Hibiscus premises, will be themed around Mumbai street food.

If you're passing the area at lunchtime and haven't had a chance to step in yet, then you'll be more than welcome to do so for a quick dabba of your own, which will allow you to try a little bit of everything with rice and bread, tiffin-style.

If the food is anything like the offering at Jamavar, which not only impressed us but also Fay Maschler, then this sounds like it'll be worth a look in. Try and get a table at the seated dessert bar, or head down in a large group to try and nab one of the deep booths.