D&D restaurants give out free pork dishes in Trafalgar Square 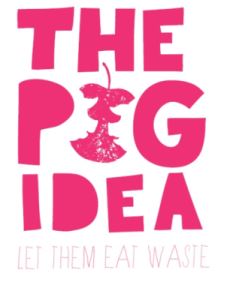 We're not sure what more you need to know than where and when after reading that headline, but if you do, here goes.

A bound-to-be-popular promotion sees D&D restaurants supporting a Pig Feast in Trafalgar Square serving up free pork dishes around lunchtime on Thursday 21st November. The aim is to promote The PIG Idea - a campaign supporting the feeding of waste food and swill to pigs. For the past year D&D have reared a boar off waste and swill at Stepney City Farm and it's that meat that'll be served up at the event.

Head chefs David Philpott from Paternoster Chop House and Tom Cook of Le Pont de la Tour will be serving baked pork buns with apple sauce and stuffing and braised pig cheeks with pomme puree. David will also be demonstrating how to make the perfect Middle white pork and black pudding Scotch egg at the event, offering canapé-sized samples of the dish out to greedy Londoners.

Back at the restaurants themselves, a number will be serving special pork dishes during November as part of the campaign. Plateau in Canary Wharf will have a triple pig ‘boarger’ comprising a pork patty, smoked bacon and pulled BBQ pork shoulder with French fries. Skylon will put slow roasted belly of saddleback pork with Lincolnshire smoked eel and poached egg Hollandaise on the menu from Monday 18th November to Saturday 23rd November.

The Pig Feast takes place on Trafalgar Square between 12noon and 4pm on Thursday 21st November 2013.