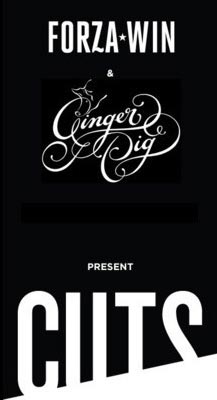 There may be all manner of pop-up food shenanigans going on around London this summer, but one starting up this month definitely looks like being one you should put in your diary. CUTS sees the people behind pizza rooftop pop-up Forza Win teaming up with The Ginger Pig for a series of serious meaty feasts.

They'll be taking over a disused pickle factory in East London for a family-style grigliata or Italian BBQ where everyone sits down at one huge communal table in the shape of a cross to enjoy three courses of meat finishing with an Italian pudding. But don't expect to be drinking out of jam jars - there'll be proper china, cutlery and glasses. "We want it to have a supperclub feel," explains Nicola Swift from The Ginger Pig, "sharing courses as you often would in Italy."

Every night will see chef Nick Fulton, previously of The Orchard in Brockley, turning out three particular cuts of meat. There'll be 80 day aged Longhorn rump with parmesan polenta croutons, wild mushrooms and a confit garlic cream; a pork ribeye, served slightly pink with slow-cooked Italian beans and lardons, and grilled bitter treviso and also lamb neck fillet which will be marinaded, cooked fast and cut across the grain and comes with pea and marjoram puree and pea shoots.

All will be cooked on a massive open wood-fired grill fired up with four types of wood, including sweet beech, oak and birch and the meat will be given time to rest over the smoke. Where possible they'll use the embers of each night's grill to begin preparing dinner for the following night, in order to get the most out of each fire.

Dessert will be lavender panna cotta, poached rhubarb and homemade biscotti. There'll be room for 70 people every night with platters portioned out for 10 people at a time with two house salads. Tickets are £40 and include an aperitivo, the four courses and coffee.

On the drinks front, the cocktail list has been created by Felix Cohen of the Manhattans Project who's come up with a Long Americano made with their house blend of Italian vermouth; a Strong Maraschino boulevardier - imagine a negroni where the gin's been switched for bourbon, add a dash of maraschino and you've got it; a Limoncello cucumber fizz and a Sun Vin Santo cobbler. There's also an Italian wine list and Birra Moretti too.

CUTS runs from Thursday to Sunday every week from 25 July to 22 September - dinner is at 7pm Thursday to Saturday and lunch on Sunday kicks off at 1.30pm. To book email cuts@forzawin.com