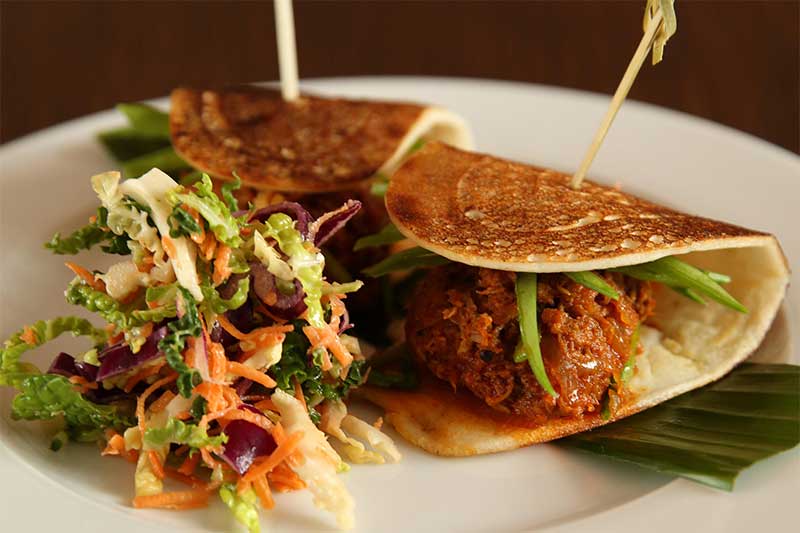 In a nutshell: Bakery and wine bar from the Gunpowder team

Summing it all up: One Tower Bridge development continues to get interesting new openings. The latest is Custard which will be a bakery by day serving up Bombay sandwiches and soft serve custard, and a wine bar in the evening.

We reported last year that the new Gunpowder restaurant opening up at One Tower Bridge would also have a bakery/wine bar. Now we're getting more details through about what exactly Custard will be like.

Inspired by the old coffee houses of Kolkata and set to open in late July, Custard sounds like the happiest of marriages of baked goodies and booze. It'll be the fourth opening by Harneet and Devina Baweja, owners of the Shoreditch restaurant trio of Gunpowder, Madame D and Gul & Sepoy.

During the day, it'll be a 40 cover bakery - specialising in savouries, pastries and sandwiches from across the Indian subcontinent alongside European influences. Handily for anyone seeing a show at the nearby Bridge Theatre, there'll be plenty of pre and post-theatre snackage like Butter Chicken Puffs, Bombay Sandwiches, Goan Pork Sausage Rolls. The patisserie section sounds strong too with Sour Narangi Custard Tart with Pistachio Meringue and Almond Cherry & Ghee Cake planned. And, in keeping with the name, they'll be selling soft-serve custard too and coffee by Ozone Coffee Roasters.

"We’ve got a great location at Tower Bridge and I want to recreate the relaxed atmosphere of the old coffee houses of Kolkata”, says Harneet.

A month after Custard opens its doors, they'll open Gunpowder at Tower Bridge above the bakery. See more on that here.