Crosstown opens a doughnut and coffee bar in Camden Market 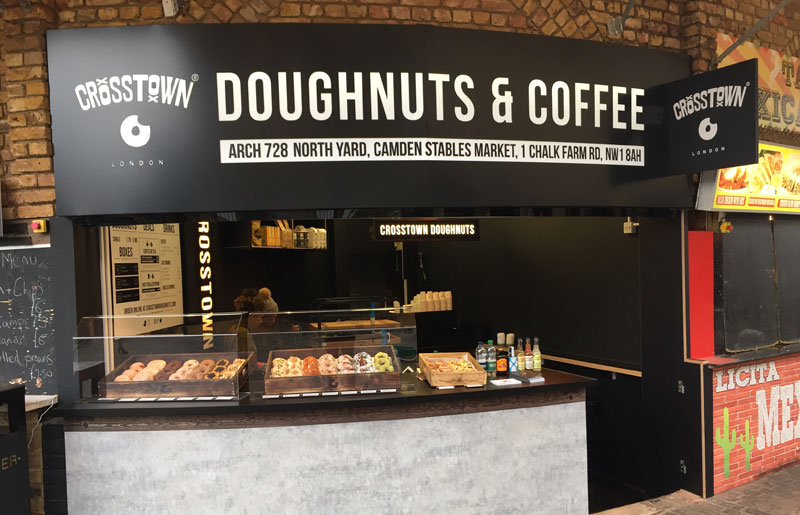 We're delighted with the flurry of openings that are largely sidestepping the whole New Year's resolution thing, and what could be less January than a new doughnut shop? Crosstown, who opened their second doughnuts and coffee bar in Shoreditch late last year, have just opened their third branch in Camden's Stables Markets.

No visit to Crosstown would be complete without a hearty cup of rocket fuel strength coffee to go with your doughnut. And there there'll be plenty of caffeinated beverages to choose from, including Sandows Nitro cold brew, making it an all round perfect pitstop to help you you take in the sights and sounds of the Stables Markets.

Crosstown is open now in Arch 728, North Yard, Camden Stables Market, 1 Chalk Farm Road, NW1 8AH from 10am-6pm every day (or until sold out.) Keep up with their news on Twitter @CrosstownDough