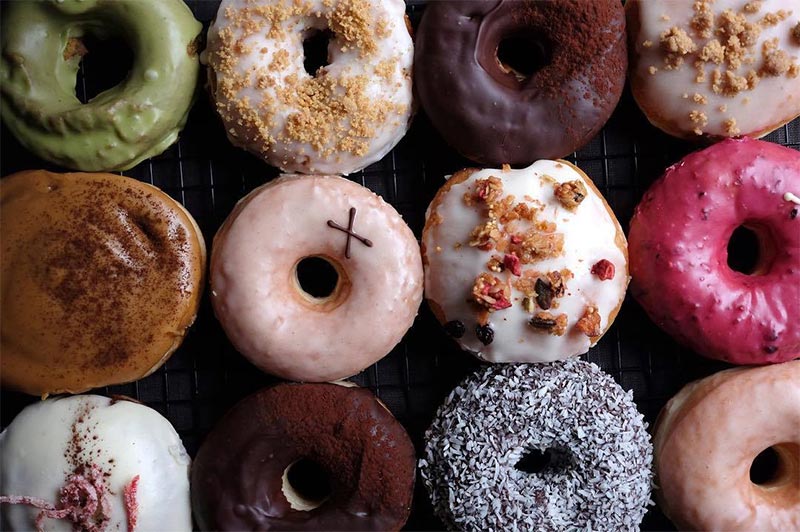 They already have a shop in Soho (and lots of stands in markets across town too) and now Crosstown have their second doughnut and coffee shop on the way.

And this one is much bigger than the first - with space for 30 people inside, it'll be a place to hang around in more than the much smaller Soho place. They'll have the full range of Crosstown sourdough doughnuts, of course, including the newly reworked beetroot lemon-thyme doughnut. That's a pink beetroot sourdough ring, hand-dipped in a lemon-thyme glaze and finished with a vanilla crumble and fresh lemon-thyme. Expect the usual creme brulee, sea salted caramel banana and the amazing dulce de leche too.

And there will be hot and cold drinks to wash them down with. They'll have coffee from Caravan as well as bottled cold brew coffee from local producers Sandows - as well as their Nitro cold brew on draught. Alongside those, expect Prana Chai soy lattes and Mörk hot chocolate and locally produced seasonal sodas.

It'll be perfect for that late night snack too - the coffee bar is open until 10pm Monday - Thursday and 11pm on Fridays and Saturdays.