Creme Egg burger goes on the menu in Shepherd's Bush 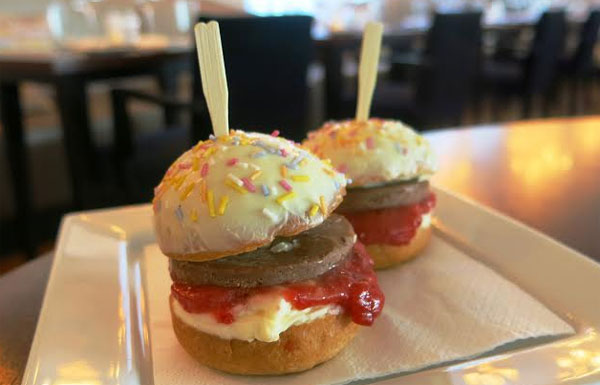 A sign that the burger craze in London has well and truly jumped the shark or an ingenious Easter-inspired dessert? One thing's for certain, views are going to be polarised by the Creme Egg burger which has just gone on the menu at a hotel in West London.

This creation is the brainchild or Studio Kitchen at the K West Hotel & Spa in Shepherds Bush. The mini slider burgers consist of sweet brioche bun dipped in white chocolate and sprinkled with hundreds and thousands. Inside is the ‘burger’ - a melted crème egg, mascarpone cream, and a dollop of strawberry jelly.

If you want to go and try them, if only for the Instagram value, the sliders are £5.50 for a portion of two on the restaurant's dessert menu. They're also available as part of the Spring Rocks Afternoon Tea which starts at £22.50 per person.