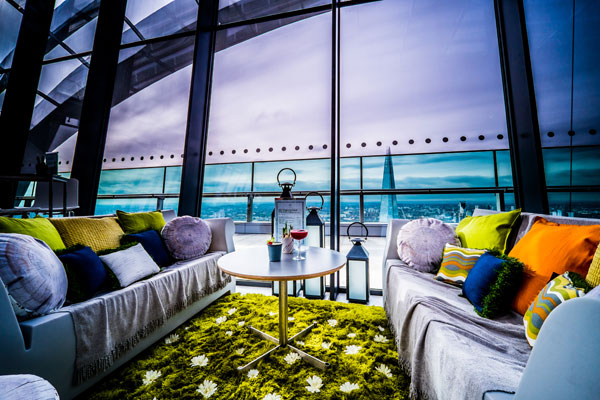 While it looks like the good weather is with us for a short while, there's another option to sit out in the garden if you prefer the security of a cover over your cocktail.

The Sky Pod bar at Sky Garden (at the top of the Walkie Talkie building) is launching an Eccentric English Country Garden pop-up. It'll come with a smattering of faux lawns and daffodils with some new cocktails too including Rooibos Tea Party (Bloom Gin, DOM Bénédictine, rooibos tea, lime juice, orange zest).

Alongside this, from 17 April, they're launching Sky-High Sessions, with live band and DJ nights on Thursday, Friday and Saturday Nights from sunset until late.

The Country Garden pop-up runs from now until the end of June 2015 at Sky Garden, 20 Fenchurch Street (via Philpot Lane), London, EC3M 3BY. For more on Sky Garden, follow them on Twitter @sg_skygarden