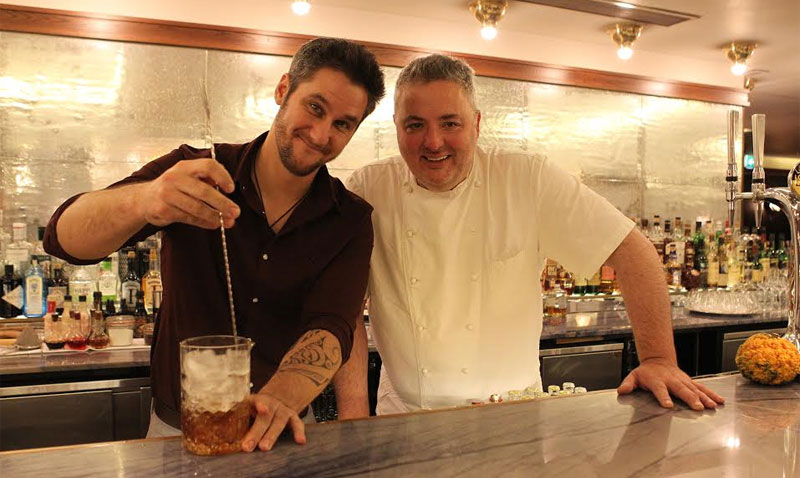 But that's not all - the bar in question will have cocktails from none other than the Gregory Buda, the mixologist from Dead Rabbit. And if that name rings a bell it's because that came only just came top of the World's 50 Best Bars List. Personally, we've often struggled for a really good bar in the area, so this is nothing but good news.

In what seems very appropriate, given the collaboration, drinks will be inspired by both America and Ireland - expect lots of ingredients from Richard Corrigan’s private garden and farm in Cavan. They want the cocktails to mirror what's being done in the kitchen - up for grabs will be:

Plus there are home infused sodas and tinctures, made from ingredients sourced at Virginia Park Lodge - and they will make the following concoctions:

Just as with Blacktail and Dead Rabbit, the cocktail menu itself is just as much a part of the experience. It will tell the tale of Dickie's Bar, the characters behind it and the journey of ingredients, from farm to glass.

The changes to the building mean that there will be a separate entrance to Dickie's and the bar is being redesigned. Here's what we're being told:

" In keeping with the hunting lodge character synonymous with Corrigan's Mayfair, the space makes use of blue and white marble, velvet, leather and dark wood paneling creating a space that is both elegant and relaxed. The marble top bar runs down the length of space towards a feature laser cut aged copper wall, behind which the restaurant is located. Eclectic photography and artwork from the likes of Angus Fairhurst and Jim Lambie will adorn the walls, with a focal antler sculpture behind the bar."

Alongside that, a new sound system and special playlist plus more to be announced. It all sounds great and we'll be beating a path to the new door when Dickies opens.

What: Dickie's Bar at Corrigan's