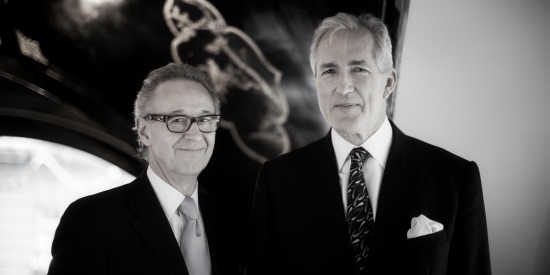 Update - this restaurant has been announced as Bellanger.

They've had a pretty good 2014 with rave reviews for both Fischer's and The Colony Grill Room (which was our favourite restaurant of 2014 too). They've also just just got the award for Best Luxury Hotel from LTI magazine for the Beaumont hotel which is getting rave reviews from all over.

So we're very pleased to hear that the restaurant dream team of Chris Corbin and Jeremy King have designs on Hot Dinners' local area, Islington, planning to open there later this summer. While they're not revealing the exact nature of the "neighbourhood restaurant" there's an indication that it will be in the same vein as Colbert and Fischers. So glammer than your usual neighbourhood gaff.

As for the location, while it's not confirmed yet, all the signs are (courtesy of our spy in the industry - Adam Hyman of Code London) that they will be taking over the space formerly held by Browns on Islington Green. We think it's the perfect space for the duo and we'll let you know as soon as we have more information.