Corbin and King opening the Beaumont Hotel in Mayfair 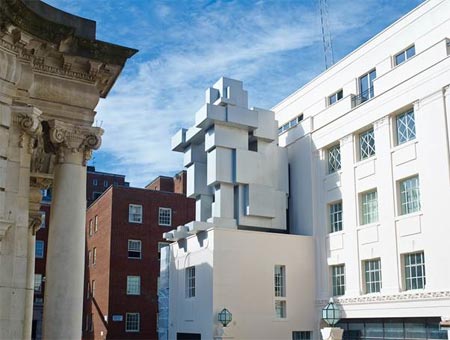 Update 5/8/14 - read more about the Colony Grill Room at the Beaumont.

Chris Corbin and Jeremy King continue to have success after success, particularly with their most recent openings Fischer's, The Delaunay and Brasserie Zedel. Now they're getting ready to open their first hotel, in the heart of Mayfair.

What you need to know about the Beaumont

It's Corbin and King's first foray as hoteliers. It'll have 50 rooms, 13 studios and 10 suites. If you're staying at the hotel, you'll have access to a number of resident-only features, including The Cub Room, a bar and lounge and a Spa with Hammam.

Food-wise, they'll have a classic grill room - but there are no more details about the menu yet...

They've a very impressive Antony Gormley sculpture as a centrepiece for the hotel - which acts as a "habitable sclupture." It's a three storey one bedroom suite housed in the shape of a crouching man. It's bound to attract people to the area just to look at the sculpture. Apparently stating in this room will be the same price as any of the other one bedroom suites - so expect it to be much sought after.

Where is it? Brown Hart Gardens, Mayfair, London W1K 6TF