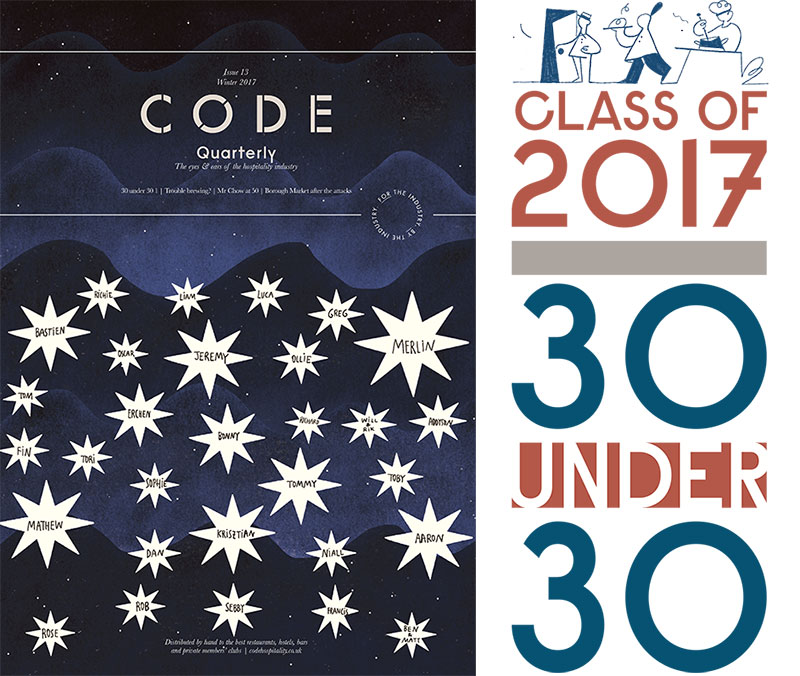 CODE’s list of London’s most inspirational hospitality staff in the UK under 30 has just been released for 2018, and boy are things ever looking promising for the capital’s restaurant scene.

The ranking is based on “young individuals who have offered a notable contribution in redefining hospitality across the UK throughout 2017” and is packed with bright young things who are destined for glory in the world of food and drink.

There’s a seriously good spread of London restaurants named on the list, with some of the standout names including Perilla, Kricket, Western’s Laundry, Farang, Pidgin, Bao and Balls & Company.

And just to make you feel really old, the youngest chef on the list is Krisztian Palinkas, who's working as head chef at Rambla at the tender age of just 23.

“It’s not only amazing to see what people have achieved in their career during their twenties, but also a reminder how this industry allows those who are dedicated and hard-working to excel to the top of the tree very quickly,” said Adam Hyman, CODE Hospitality founder.

Meanwhile, here’s the 10 to watch for next year..