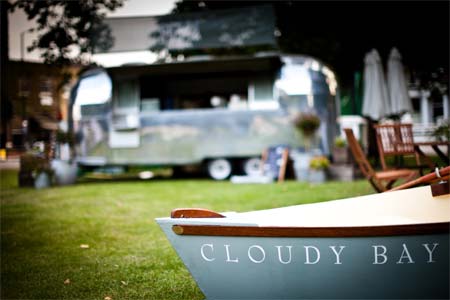 The end of summer is upon us - but there's still time and just enough sun for a few more outdoor pop ups. The first one we have news of today is the welcome reappearance of the Cloudy Bay Shack.

This is a yearly event which sees Cloudy Bay setting up shop in an Airstream and giving punters the opportunity to match their wines with special bespoke dishes. This time they're parking in Canary Wharf, on the green outside Waitrose who they're partnering up with for this occasion. A New Zealand menu will be created by chef Dane Allchorne and includes:

The cost? Between £5 and £7 for wine and food. There will be recipe cards to take home and if you try one of the pairings, they'll give you a voucher to pop into Waitrose and get a bottle for yourself at a discount. There's also a chance to win tickets to the Royal Albert Hall, where Cloudy Bay have their own bar.