Clerkenwell Boy and Bone Daddies team up for #BoozyWeekendRamen 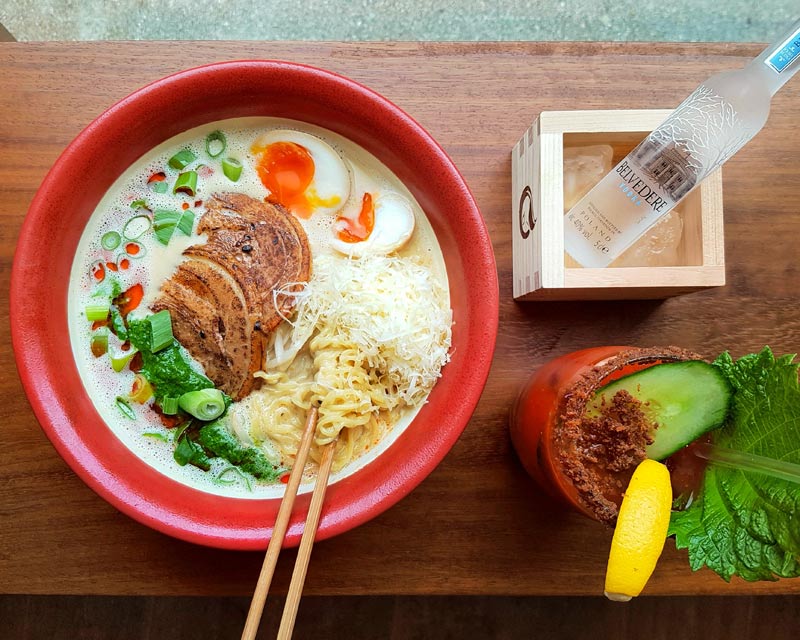 If you haven't heard of Clerkenwell Boy, you should know that he's pretty much the biggest food Instagrammer in London, and now he's getting ready to launch his own dish too. He's teaming up with Bone Daddies for a special four-weekend special - the #BoozyWeekendRamen, which will be a new special cheese ramen at the Old Street Bone Daddies.

It'll include chicken bone broth as the base, Tokyo wavy noodles, and a topping of grilled pork belly chashu with soft Clarence Court eggs. And on top of that, they'll be making the broth cheesy too, whisking parmesan and egg yolks into the broth, and there will be more grated Quickes cheddar piled on top.

All this will be served alongside a DIY kimchi Bloody Mary created in partnership with Belvedere Vodka and a glass dipped in maple syrup with a crispy bacon rim, as well as adding soy sauce and shiso leaf to the mix.

You'll have to get there early though - #BoozyWeekendRamen will be available for the first 50 people through the door every Saturday and Sunday from 24 September to 16 October, and it'll be £15 for both the ramen and the Bloody Mary.