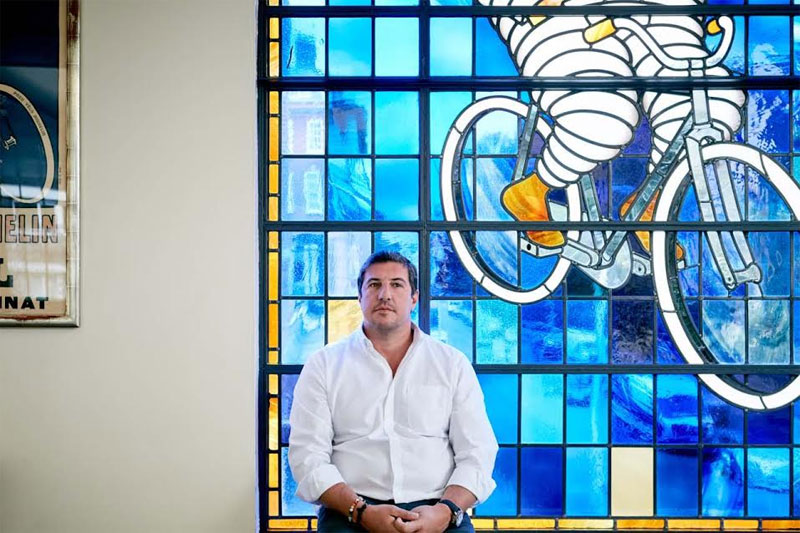 Late last year, we had been hearing two rumours - one that Claude Bosi of the recently closed Hibiscus was re-opening in South Kensington, and the second that Bibendum was about to land a big name chef. Then we discovered that the two stories were actually related, as Claude Bosi at Bibendum is on the way.

Bibendum is, of course, the impressive Michelin Man adorned building in South Kensington, and Bosi will be running two parts of it. First, there's the seafood restaurant on the ground floor, while the oyster bar becomes a cocktail bar. Here, they're planning dishes that include "Dressed Cornish crab" and "Lobster aioli with French tarragon", as well as seafood restaurant staples of oysters and fruits de mer. The seafood restaurant will be open seven days a week.

Upstairs, the dining room is where the more formal Bosi experience will be at - so if you're after a continuation of Hibiscus, this is where to find it. They've also had a big refit, with a central open kitchen being the focus of the room. It's being described as fine dining with "light-hearted flair". The menu, which will feature some Hibiscus classics, includes:

And on top of that, two special trolleys. There's the carvery trolley at weekends and the more regular dessert trolley featuring iles flottantes, Paris Brest, eclairs and trifle. The upstairs restaurant will be open Wednesday - Sunday.

More about Claude Bosi at Bibendum

Where is it? Michelin House, 81 Fulham Road, London SW3 6RD.

When does it open? March 29