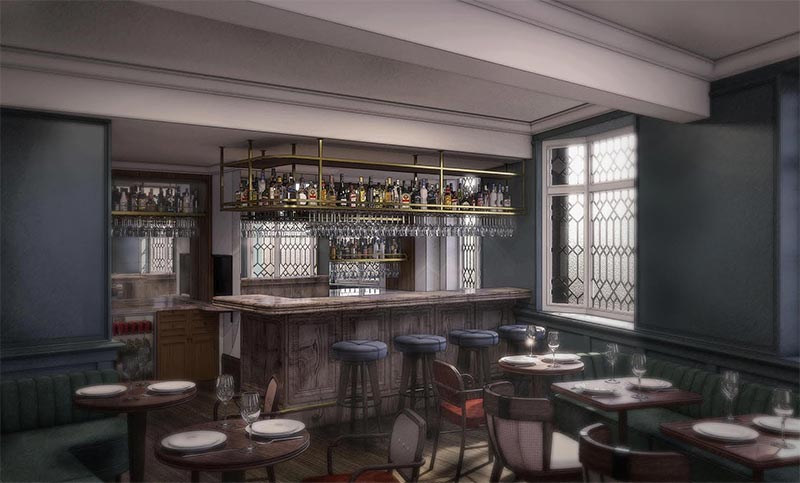 In a nutshell: Chateau Margaux and more in Marylebone

Summing it all up: This is a new multi-level wine bar opening up in Marylebone. Expect a wide range of mainly French wines, and some sharing plates to go with them.

2017 has already brought us some fantastic new wine bars. The past few months have seen drinking establishments such as Nape and Winemakers Club keeping the neighbourhoods of south London well watered whilst recently opened Furanxo and Newcomer Wines continue to delight those further East.  Marylebone will soon have a new wine bar of its own with the opening of Clarette on the corner of Blandford and Manchester Street.

The project is a partnership between Alexandra Petit, heiress of the Chateau Margaux family and restaurateur Natsuko Perromat du Marais. The duo has appointed Thibault Pontallier, ambassador of Chateau Margaux, to oversee the project. That said, the London project is a standalone venture that's independent of the wine estate.

Based in a three-storey London townhouse, Clarette is promising to introduce a "refined, chic and stylish drinking establishment" to the neighbourhood. As the name suggests, the bar will offer a predominantly French list bolstered by wines from around the world. While we are told that Chateaux Margaux will be available, wines by the glass will start at £5 and you can expect some simple sharing plates to go with them. We're still waiting for some more info on the food.

As for the look of the place - it's all split across several areas. There's a large bar on the ground floor complete with a big communal table - similar to those found in the grand Chateau of Bordeaux. Up on the first floor, expect it to be a bit cosier with a big fireplace. And there's an outdoor terrace is the perfect place to watch Marylebone denizens trundle past.

Where is it? 44 Blandford Street, London W1U 7HS