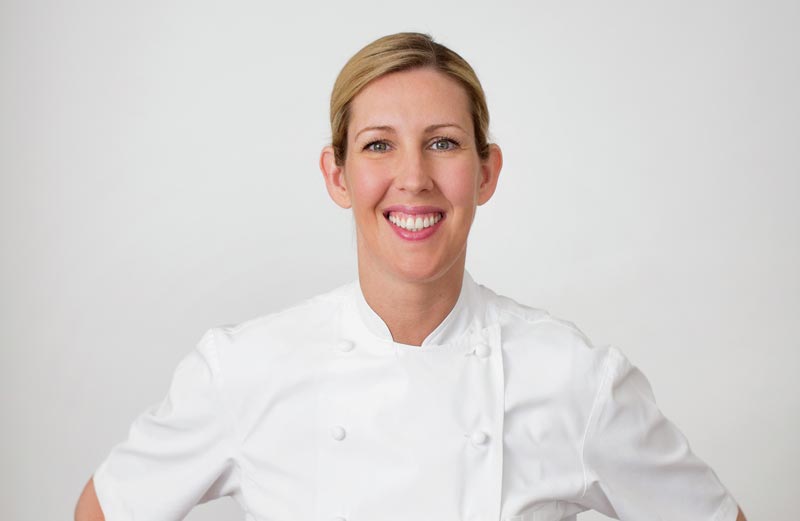 What: Core by Clare Smyth

Summing it all up: The former Chef Patron of Gordon Ramsay Royal Hospital Road is opening her first solo venture and it's going to be one of London's biggest openings.

It's not an understatement to say that the opening of Clare Smyth’s first restaurant is set to be one of the biggest of recent years in London. She, if you didn't know already, was previously Chef Patron at Gordon Ramsay's Royal Hospital Road, presiding over one of London's rare three Michelin-starred dining rooms. Now we at last have details of what her solo venture is going to be.

Core by Clare Smyth will open on Kensington Park Road in July, taking over the space once occupied by the Notting Hill Brasserie. "‘Core’ seemed right." says Clare of the decision to name the restaurant. "It’s a seed of something new, with strong ties to nature."

None of this sharing plate malarkey here - there'll be a central tasting menu with 10 to 12 constantly evolving dishes. And while you don't have to order the entire menu - you can choose just 3 or 5 courses - we reckon many will want to do the full list.

As you might expect, wine will be a big feature here. There'll be over 400 fine wines and champagnes on the list but we're promised some at more accessible prices. You can expect all the usual big names from Burgundy, Bordeaux and the north of Italy as well as the top wines from California.

There'll be a separate cocktail bar with room for 18 and a range of boozy and booze-free cocktails on the menu.

We expect the chef's table here to be the big draw - with space for up to 10 it's a huge walnut table right in front of the kitchen.

More about Core by Clare Smyth