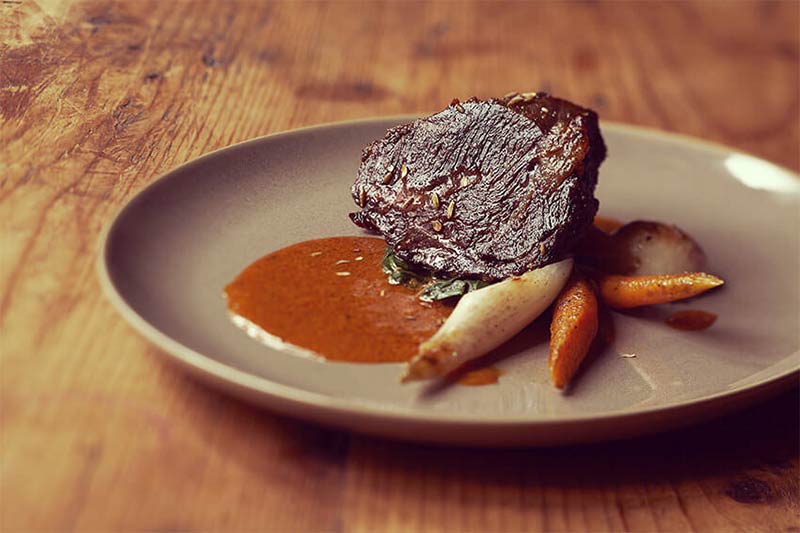 In a nutshell: Cinnamon heads south

Summing it all up: Battersea Power Station's gradual transformation into a nightlife hub continues with the arrival of a Cinnamon Kitchen from the Cinnamon Collection. Head down for laid-back Indian food and drink within the building's iconic arches, and try to nab one of their covetable outdoor Thameside seats.

If you've got a soft spot in your heart for the iconic Battersea Power Station, the news that the Cinnamon Collection is opening a restaurant in the Grade II listed building could delight you (or distress you, depending on your stance on the power station's regeneration as a foodie and nightlife hub.)

The new restaurant will be one of their Cinnamon Kitchens - so a more laidback affair than the group's Cinnamon Club. Inside it'll be the modern, Indian-inspired cuisine that the group is known for, served from brunch through to dinner.

On the menu, you can expect:

Given there are a whopping 120 covers, unsurprisingly there'll be loads of places for you to sit. That includes a private mezzanine and a chef's table, while the most covetable seats in the house will undoubtedly be the 12-seater terrace with views over the Thames.

If you can't quite wangle that though, then a good backup option will be the bar, which will serve dishes inspired by the Delhi Jaipur Pink City Express route alongside cocktails created by none other than top mixologist Tony Conigliaro. They'll also be offering both food and drink to locals as a delivery option.

It's not the first time the group has chosen a history-laden spot to set up in. "We have consciously decided to open new restaurants in historic buildings and locations," said CEO and executive chef Vivek Singh, referring to Old Westminster Library's Cinnamon Club and Cinnamon Kitchen City in the East India Trading spice warehouse.

How to book: Book online at www.cinnamon-kitchen.com/battersea/