Chucs is opening a restaurant, cafe and menswear store on Westbourne Grove 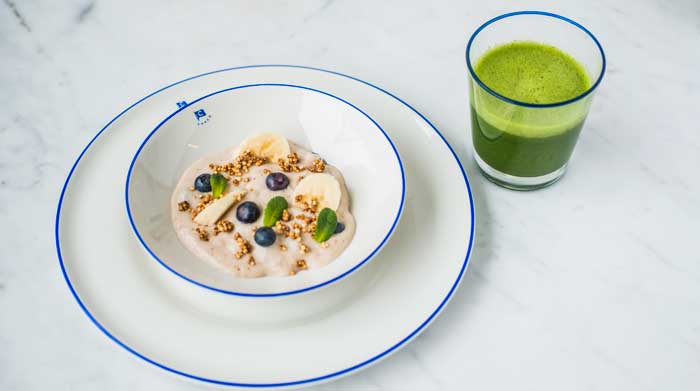 When Chucs swimwear opened a cafe of the same name over on Dover Street, AA Gill popped in and reviewed it, describing it as "not just a little Italianish caff in Mayfair; it’s an enormous amount of fantasy and wishful thinking made real in miniature". Now the Mayfair spot is opening a second place in Westbourne Grove in February.

The restaurant will take over the ground floor of the building in Notting Hill with the company's menswear collection upstairs. There'll also be an Italian Effe coffee bar, as well as an outside garden terrace.

The menu won't be quite the same as Mayfair - they're intending it to be Italian but healthy. So for breakfast there'll be matcha egg white protein pancakes and (their word) cogurt which is apparently fresh coconut flesh blended with banana, served with quinoa and berries. For lunch, Notting Hill folk can tease their Tabbuleh Salad or baked tomatoes and order a guilt-free raw coconut tart with chocolate mousse for dessert.

If you are after heartier fare then the restaurant is planning to feature some of the Mayfair menu including beef fillet carpaccio with rocket and Parmesan, Chicken Milanese and Organic salmon Paillard with tiramisu and zabaglione for dessert.