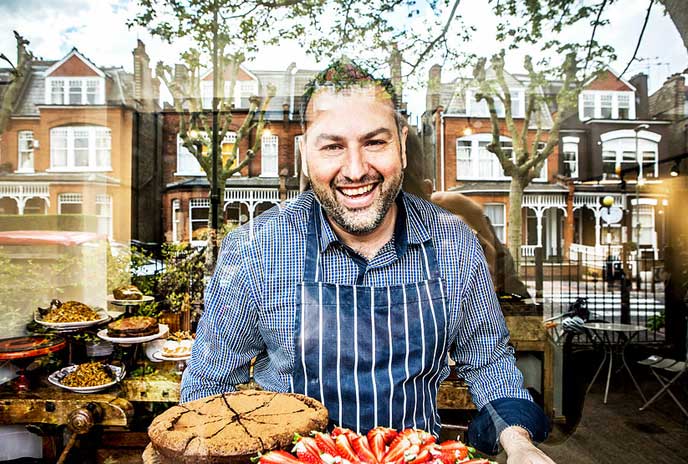 It's been three years since we first wrote about Christian Honor - a chef who left his job running a brigade of 200 chefs at The Dorchester to open a weeny cafe in Muswell Hill called Chriskitch, serving up some of the most astonishing salads and cakes.

Now he's ready to expand and is opening a new restaurant in Hoxton. The all-day restaurant, opening in late April on Hoxton Market, will feature the cafe's Executive Chef Marcin in the kitchen. According to an interview with Honour in The Islington Gazette, the new place will follow the current trend of cooking on an open fire grill and will have a daily changing menu.

Dishes sound amazing - such as champagne-poached oysters, served with truffles and scrambled eggs and topped with caviar. Unlike the original restaruant, the new East London branch has a licence with beers coming from the Hoxton Micro Brewery.

Chriskitch opens on mid May 2016 at 5 Hoxton Market, London N1 6HG. Keep up with their news on Twitter @chriskitch_