Chiltern Firehouse is Tatler's Restaurant of the Year 2014 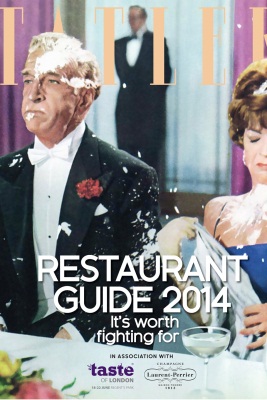 While Hot Dinners were ignoring vertigo and pressing our noses up against the window in the Shangri-La Shard doing the traditional "where's my house?" motions, across town there was another restaurant crowd gathering to see who'd done well at this year's Tatler Restaurant Awards.

The annual gong ceremony - which goes somewhat against the grain - didn't have to try too hard to work out what was going to be their Restaurant of the Year. It was, hands-down, the paparazzi haunt of the Chiltern Firehouse.

The full list of this year's awards were as follows: